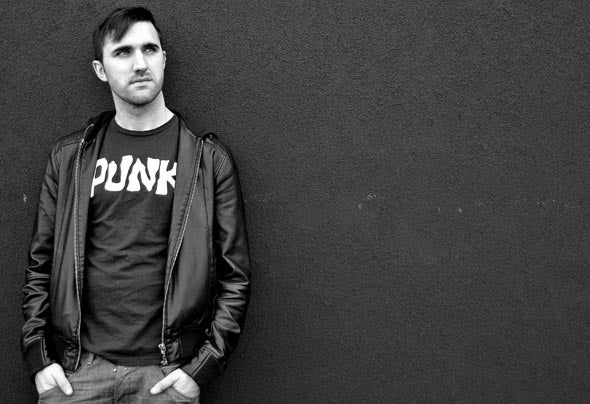 No stranger to the international party scene; Rory Lyons has been tearing up dancefloors for years with the much acclaimed duo Cassette Jam. The guys became renowned for smashing the back doors out of Chibuku, Wax On, Metropolis and The Warehouse Project amongst other clubland institutions in the UK and then continuing to repeat the success abroad, holding down residencies at Amneisa, Space Ibiza & Ibiza Rocks.Rubbing salt in the wounds and sand in the eyes of many an A-List DJ, Cassette Jam’s ability to steal the show and raise their game alongside the very best (including DJs & bands such as Erol Alkan, Annie Mac, Kasabian, Calvin Harris, Grand Master Flash and Jaguar Skillz) and rock crowds at events such as Creamfields, Snowbombing, V Festival, SW4, Gatecrasher Sound System and Global Gathering led to an overinflated beer gut, a massive fan base, several sell out shows, a few thousand air miles and an acclaimed full artist album for the lads from Leeds. 2012 brings a new direction - Rory’s debut release ‘Shake Ya Mama’, a bass led, big beat, party bomb with a slice of ghetto funk set out Rory’s ambition to destroy dancefloor's from the very start of his solo career. Zane Lowe featured it in his Live Essential Mix from Space Ibiza, with further support from Kissy Sell Out, Eddy Temple Morris and Annie Nightingale. This dance floor destroyer set off all the right noises for Rory to embark on a hectic release schedule to lay the foundations of a glittering solo career. Acollaborat ion wit h Doorly ent it led ‘St orm Cloud’ featured on the huge ‘Ibiza Rocks compilation 'Reclaim the Dancefloor’, which undoubtably shook bass bins to within an inch of their life. Followed by another bass monster ‘Move it’ with Hot Pink Delorean, which saw Rory Lyon’s dominate the Beatport top 10 chart for 6 weeks, the track an example of the rock meets dancefloor soundclash that Cassette Jam honed so well, but this time unmistakably tinged with Rory’s unique production techniques. Now endorsed by Fenchurch, one of the coolest UK based clothing labels, Rory released an exclusive live DJ mix through the brand featuring Sheffield hero and ‘The Reverend Sound System’ MC, Matic Mouth - to great acclaim. It wasn’t long before Rory was back in the studio though, working up remixes for Steve Aoki’s DIM MAK, Krafty Kuts and the Drummatic Twins - as well as releasing solo material with the help of the Utah Saints ‘Sugarbeat’ imprint. Further remixes for both Doorly & Kissy Sell Out are set to drop this Autumn alongside what promises to be Rory’s biggest release to date, a remake of the classic Luniz hip hop jam ‘5 on it’. 2012 is certified as the Year of the Lyons and who could disagree? This unrivalled studio talent is set to explode through ya speakers!!! Boring DJs, producers and club nights lookout... Rory Lyons is coming to get you!