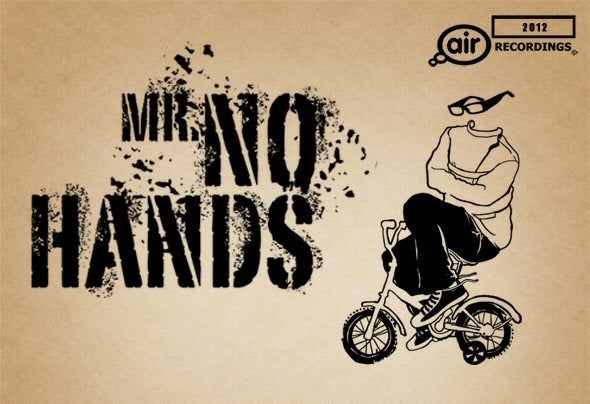 Every now and again an artist like Mr No Hands comes along breathing fresh air into proceedings with a unique approach to electronic music. With many of his tracks accompanied by one of his stylized lo-fi animated videos as featured on his ever popular You Tube channel, his creative vision has been compared to the likes of Mr Scruff and Lemon Jelly.Alongside his own No Handed Music imprint, he's released tracks on Ali B's Air Recordings and Cut La Roc's RocStar Recordings which have picked up plays from the likes of The Bassbin Twins, Stanton Warriors, DJ Icey, Mat the Alien, Laurent Garnier and the Plump DJs who’s support of Mr No Hands edit of their own 'System Addict' track help make it a sure fire hit.Following three years as a journalist for Mixmag, Mr No Hands launched the Bass Music downloads blog, LifeSupportMachine.co.uk, nominated for a ‘Best Website’ award in its first year at Breakspoll.As a DJ, Mr No Hands regularly wowed crowds through his residency at Ali B's Air night, held monthly in London's Matter and Cargo in Shoreditch alongside appearances at festivals such as Global Gathering and Glade.