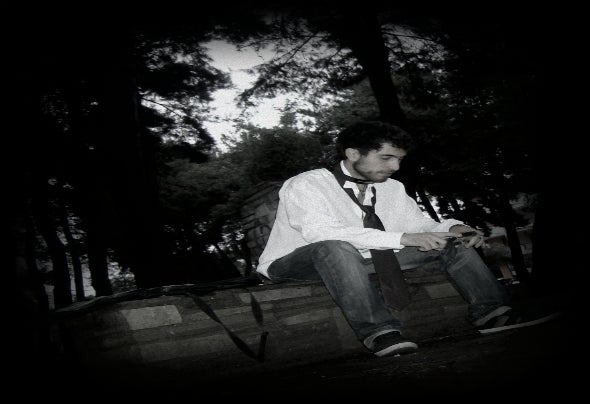 Geo Angelo: Born in Chania of Crete (Greece) and now remains in Thessaloniki for studies. His contact with music became when he was 8 years old. His djing career started at 16 when he was called, without any learning how to mix, just whatever he had seen from other dj's how they do it, at a beach party. Full of stress about the party, not to disappoint the crowd, he started mixing! After that, he started searching several blogs, videos on how to become a dj. That was not enough to learn. Every night he was going to clubs following the dj's to learn something more. After all these he started djing in local bars and clubs with the aka "Dj Se7en". Djing was not enough for him, he wanted to create his music! First he started making small edits on tracks, mashups & bootlegs, which have been posted in many music blogs. Bootlegs, edits & mash ups weren't also enough. In 2011, he started searching about how to create music. The answers he got were complicated so he tried to create and the result was awful. He was trying everyday harder and harder to make something that could be called " music". His passion was house music, even till today. Later when he found help from friends, he made many songs which he never published and continued producing, until one day he decided that his new track was completed and changed his aka to a professional one "Geo Angelo". After that he sent his first demo to a record label. Track was called "Enigma", which is in cooperation with Antisson and has been released by Supermarket Records, and with ''Enigma", after few days came his next complete track came out named "Desire". He started looking for vocalist when a friend suggested him "Antisson". They cooperated after "Enigma" & "Desire", which was his first EP, on his next track named "Call Your Name". Later, he decided searching for a bigger label to get more known, and found Housevisions Records, where released "Call Your Name"! That was a big surprise for him, because his track was going to be released by a big record label! After that release, he made several tracks and released them by other record labels such as "Oryx Music", where he signed "My Baby", which was in cooperation with Alicia. After that he made several releases till today and cooperated with Dj Kapa, Toli M. & Kallinikos Anesthesia and many other talented producers. His tracks have been supported by very known names such as Erick Morillo, Markus Schulz, Matt Darey , Richie Hawtin, Gabriel Le Mar, Nikko Sunset and many more!