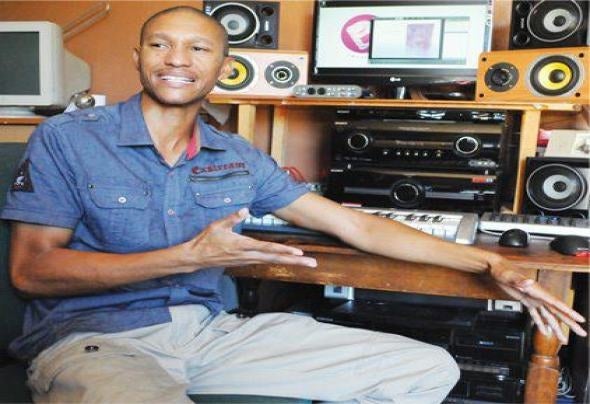 I started music in 1993 at the age of 17 years, me and a friend of mine used to dj at parties, weddings, bashes. It was during the era of tape decks and when cd’s entered the market, it was fun back then collecting music from friend and listening to the radio. My brother used to listen to Frankie Knuckles and I used to enjoy his music, I would listen to the arrangement and ask myself how he got the elements to sound right in the mix.I’m a self taught producer, In 2003 I started my record label called B-Loud Records, I have a couple of releases under my label, the first release was in 2005 the album was called B-Loud Records Presents Nite Life, the second album was in 2006 the album was 051 Connection and the third album release was in 20087 DJ CK album called Tender Grooves Vol 1My music career as a producer grew stronger after the first release and I was approached by different artist to do remixes for them and producer music for their albums.The B-Loud Records Nite Life album was nominated for the best dance album at the MOKETE (FREE STATE MUSIC AND DANCE AWARDS) in 2005 and won the category. In 2008 I won DEMO of the month on one of the largest music magazine called Future Music. My music has received a lot of airplay in South Africa both on national radio stations and community radio station. This year I was nominated for the best producer award and best album at the MOKETE (FREE STATE MUSIC AND DANCE AWARDS).Most of my time I spend in the studio experimenting with different sound and coming up with different ideas for my music. My inspiration comes from Charles Webster I love the way he expresses his feelings through his tracks. Rocco and Abicah Soul they gave house a different directions and I’m always listening to their music for guidance and inspiration.