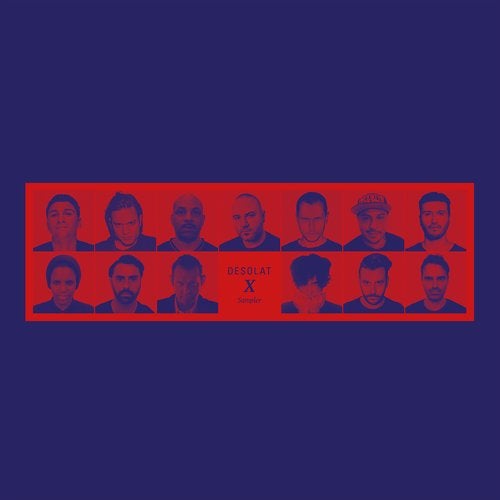 Following up from last years critically acclaimed 5 Years Desolat, the label has once again compiled a collection of 12 scintillating productions from an exciting pool of talent that together accurately represent the future direction of the label. It witnesses a focus on both new and established artists and that are fast becoming associated with the imprint. 2013 was another successful year for the Desolat camp. Its impressive release schedule included the likes of Jerome Sydenham, Mathias Kaden, Butch, Pulshar, Francisco Allendes, Tiger Stripes and label co-founder Martin Buttrich, alongside Mousse T, all put out key releases. And Desolat 030 signals that the coming 12 months are going to be exciting as ever. First up are a couple of artists who are now firmly part of the Desolat set up. Robert Dietz has established himself as one the most exciting new talents on the house and techno circuit and his Youre So Hood is snapshot of his intricate and pumping style that has seen him become a favourite on dance-floors. The other Desolat regular is Hector who brings a dark and brooding production in Make A Move that is sure to entice DJs and music aficionados from across the house and techno spectrum. Returning to the fold after previous releases on Desolat are a number of artists at different stages of their careers. Shlomi Aber continues to deliver the goods on Desolat with Mind Tribus following his Rough Steps EP and his track Mancha on last years sampler. House legend Eddie Fowlkes debuts on Desolat with an ethereal bubbly cut in Im Telling You. The track delivers warmth and groove in equal amounts and proves Eddie is still on fire after all these years. Circus ringmaster Yousef has teamed up Blakkat and delivered a polished, warbling anthem in Analogue Times. Argy also debutes with Closer Than Most and NY legend Joeski also joins the party with a subtle and inviting track in Beware of the Drum, while Anthea dives deep with Booty Call With Assymetric Danny Ocean continues to prove that one doesnt need to be a huge online presence to be one of the finest producers around. Carlio Lio, a regular on Dubfires SCI+TEC, demonstrates with Dont You Worry that he is still attuned to providing more housier cuts in addition to his fierce brand of Techno. Bimas supplies pure Blast and Marco Faraone is back on Desolat, this time solo with Overvision. As ever, the sampler provides an all-encompassing demonstration of what Deoslat is about. On offer is a wide selection of styles that all represent what the respective artist is about musically, but of course the consistent Desolat musical thread runs through all the productions.