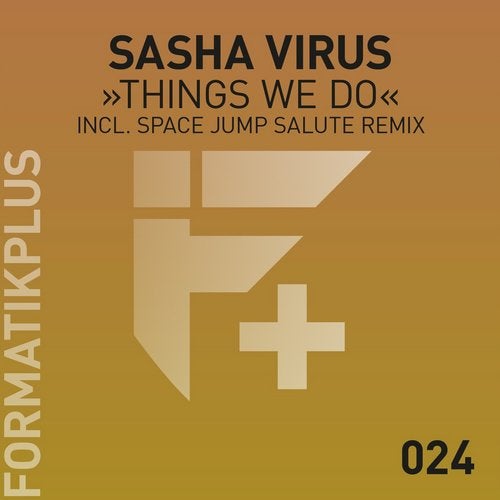 Coming in with a transmission straight outta Nizhny Novgorod is Sasha Virus, the latest addition to the

Formatik+- camp. The Russian producer has been stirring up ponds with a string of underground releases in the past decade, both solo as well as being the production part of the now defunct duo project Hi-Jackers Space throughout early stages of his career. With all this experience under is belt Sasha Virus is now ready for touchdown, showing the world that things get pretty hot in the Russian Federation vibewise.

With "Things We Do" Sasha Virus delivers quite a groove monster, fusing the best of stomping HardHouse vibes with a super solid TechHouse foundation, adds distinct, catchy and highly recognizable bassline movements to the mix, weighs in super seductive female vocals and on point stabs to create nothing short of a well-captivating banger to cause maximum havoc on dancefloors worldwide.

Furthermore we see label mate Space Jump Salute on remix duties for "Things We Do", taking the track further down a TechHouse-related route with metallic filter works, surprising cut ups and vocal warps whilst staying true to the anthemic nature of the original cut for a reason.