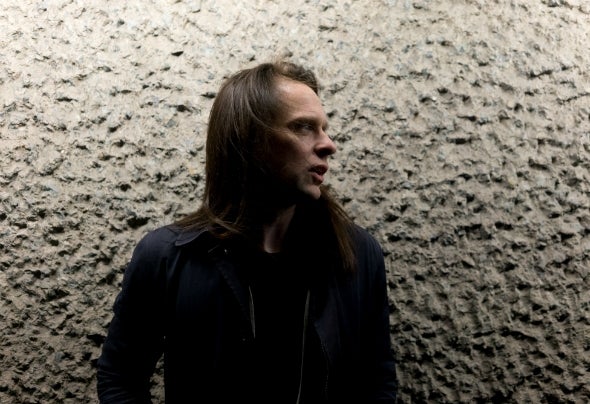 Stefan Smith studied music at Mills college in Oakland, California, where he worked with musical luminaries such as Fred Frith, Maggi Payne, Pauline Oliveros and Roscoe Mitchell.After graduating he was employed as an assistant to the legendary synthesiser designer Don Buchla.Stefan makes his music with synthesisers and drum machines, and when he is not making music he works as a sound designer and composer for films and installations.For the past 4 years Stefan has been sound designer/ composer on Ilya Khrzhanovsky’s infamous ‘Dau‘ - the biggest film project in history (which has currently been in production for 12 years.)He has an ongoing collaboration with sound designer Nicolas Becker (gravity, arrival,American Honey). Through this relationship he contributed sound towards the recent Philippe Parreno ‘anywhen’ exhibition in the Tate Modern Turbine hall in London.Stefan just released his first single on Sapiens which will be followed by a full- lenght album in the autumn of 2018. This album was conceived around the idea of immediacy and capturing and preserving the essence in the first steps in creation; protecting all the mistakes and imperfections inherent within the process.