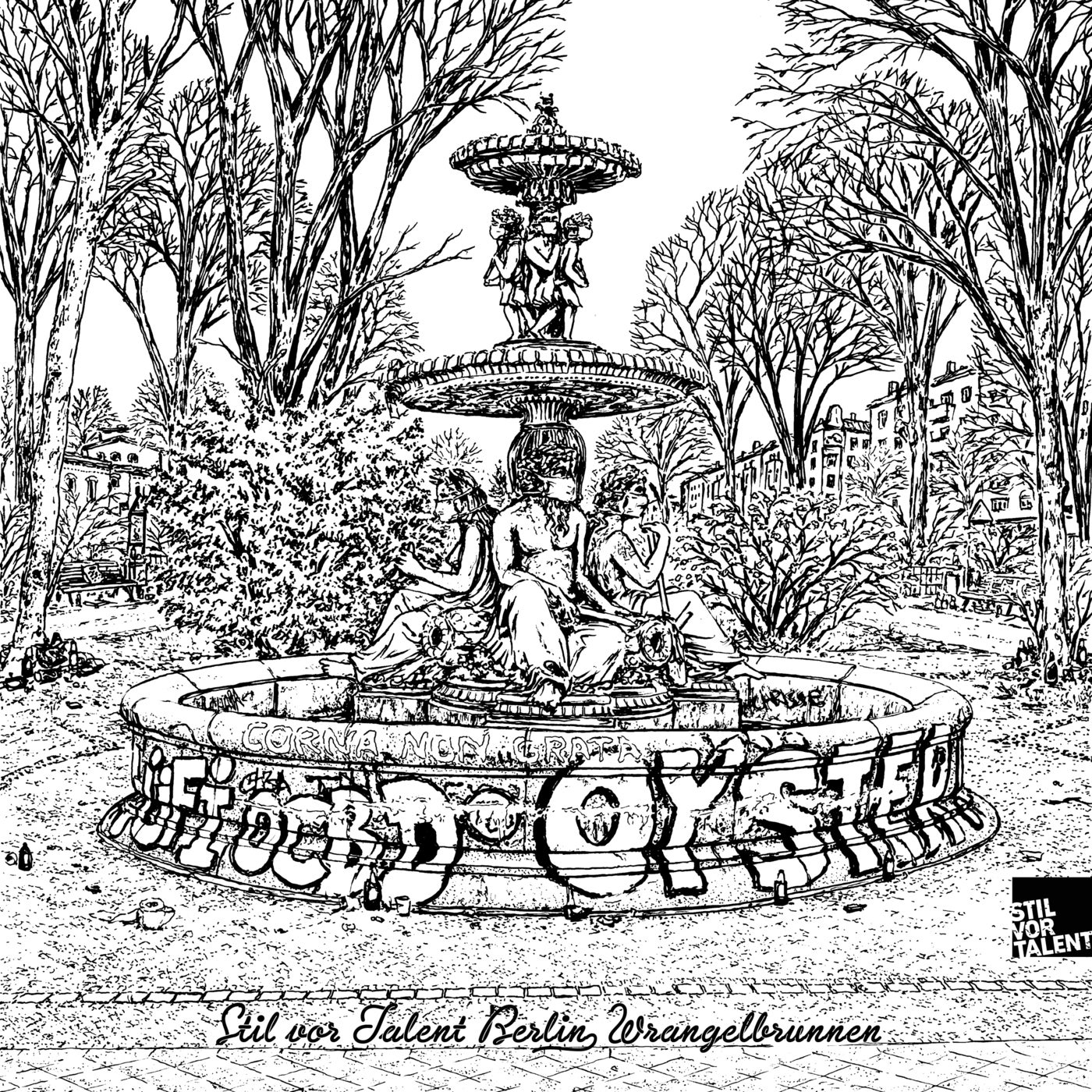 Were back in the capital with the 10th installment of the Stil vor Talent Berlin compilation series, which brings forth a group of old and new faces exclusively contributing tracks, gathered under the umbrella of one of Berlin's refreshing delights Wrangelbrunnen.

Every year, as the city bids farewell to the grey skies and ice-cold winds of winter, making way for the spring blossom and heatwaves of summer, Kreuzberg's many parks spring to life, with Berliners gathering even on the smallest green spaces to enjoy the sunshine and each other's company. Situated just a stone's throw from Admiralbrücke, Wrangelbrunnen is one of these beloved spots an impressive late-classical fountain originally built in Tiergarten 150 years ago, which was then moved to Graefekiez, where it now unites the young and old looking for shade and water as temperatures rise.

As always, music is the common denominator here and Oliver Koletzki delivers the perfect soundtrack with this new release, while Chrisse Kunst renders the visuals.