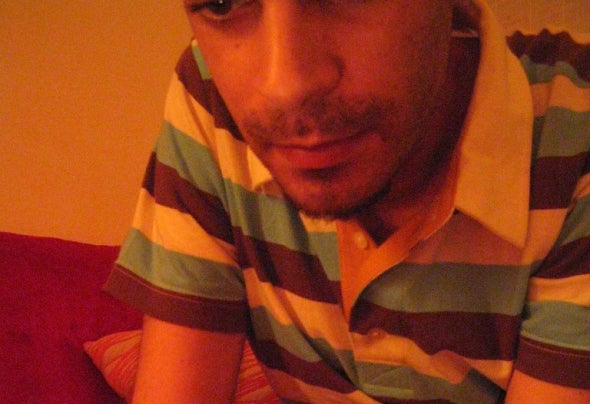 David Inexacte (David Calvo) born in Badalona (Spain) the 4th of May 1981. When he was a child, in a very early age he begins to disassembling walkie talkies, radios, sound systems,... and combining this gadgetry with modest synths. In 1995 he discover the electronic music and began the experiments. Impossible structures and martian rhythms, between idm, minimal techno, industrial influences, drill and bass, orchestral minimal, broken rhythms and the search of new forms. Actually, from his last project "David Inexacte", he walks around techno and emotions with a big bag of different influences. Has remixed to various artists, as like as Armed, Polpette, Syntek or Blissphemy, has released his first EP “Una Mala Noche”, and is preparing new works that will be published soon on different labels, like Detuned records, Adro Records, Soulless Lab and Lovejet (in collaborat ion wit h Spada).