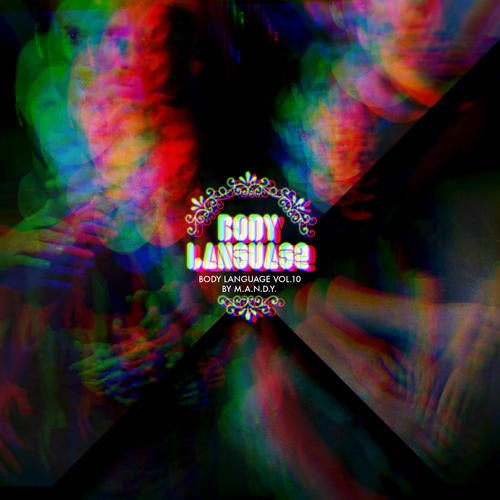 Get Physicals iconic Body Language mixes have all functioned like snapshots in time, capturing defining moments of club sounds throughout the series six-year history. M.A.N.D.Y., of course, started it all, and along with DJ T.s edition, Body Language volumes 1 & 2 were statements of intent for Get Physicals present and future. Jesse Rose and Dixon revealed their own idiosyncratic sub-strains of house; Château Flight and Junior Boys showcased French Touch and Canadian pop sensibilities. Matthew Dear and Modeselektor played up their own unique knack for song and melody, and DJ Hell imbued his mix with his iconic personality and flair.For the 10th milestone edition of Body Language, Get Physical is going back to its roots, and back to its origins, placing Body Language Vol. 10 in the gifted hands of Philip Jung & Patrick Bodmer, best known as M.A.N.D.Y. - Get Physical co-founders, lifelong friends, masterful DJs and expert selectors. M.A.N.D.Y. traverse a range of moods and diverse dancefloor sounds with Body Language Vol. 10, expertly programming a pool of hand-picked tracks with ease and unpredictability. Through deep, thrumming tech house, vocal excursions, Detroit electro, touches of disco and smatterings of downtempo, M.A.N.D.Y. demonstrate yet again why they are so in-demand on the international club and festival circuit. Starting with the thundering piano chords and jazz percussion of Brandt Brauer Fricks Paparazzi they seamlessly mix into the pensive melodies and underwater trumpet of Nicolas Jaars remix of Maceo Plexs Gravy Train, which then bleeds into the deep swing, disco bass and cowbells of Kid Bliss Discoshit. Extrawelts deep dub tones on My Stupid make for an unexpectedly harmonious union with Home, an exclusive cut from M.A.N.D.Y. vs. Booka Shade that marks the foursomes first collaboration for several years. Before the latin percussion and uplifting synth melody of Elons Clap Back breaks free, racing towards a hands-in-the-air peak. Carl Craigs storming rework of Ramadanman & Appleblims Void 23 is a perfectly-pitched follow-up, and Roman Flügels remix of Darabis Top Drop takes it into sinister territory with flares and smears that break the melodic accents out of their boundaries. After taking a sharp left turn into the murky industrial sounds of Brendon Moellers Mainline (Robags Relokk Tokk Mikks), the deep drama is juxtaposed by DJ Kozes trademark eccentricity, as Der Wallach bumps with loose-limbed jazziness and quirky arrangements.Patrice Bäumels electro inspired To Insanity And Beyond marks the new chapter, and paves the way for Detroit pioneers Model 500, with their jacking electro breaks number OFI. More programming surprises abound, as the broken beats melt into the deep funk of Thieve $crilla, the handiwork of Boston It Boys Soul Clap, Tanner Ross and Sergio Santos as SECT. De Signers Suicide Girl follows, with the Robin Porter & Subb-an treatment that fuses the neon synth pop of the original with sleek tech house, and the atmosphere is continued with Franck Rogers Egotrippin and Haradas Conscious Movement. M.A.N.D.Y. proceed to take it deep underground, with Marc Houles wintry and otherwordly The Next, before lightening the mood again with a snippet of Nicolas Jaars Space Is Only Noise If You Can See. The shimmering electronica melodies of Estroes 'Phat' Remix of Rocco Caines Fatand 50 gleam and shine, before the track and the mix are pitched down into the suspenseful swansong, Kollektiv Turmstrasses Addio Addio. Body Language Vol. 10 follows the precedent M.A.N.D.Y. set down with At The Controls, Fabric 38, Renaissance: The Mix Collection, and Body Language Vol. 1: it is an immersive, intriguing and irresistible snapshot in time of two undisputed veterans of house and techno, who will forever remain at the top of their game.