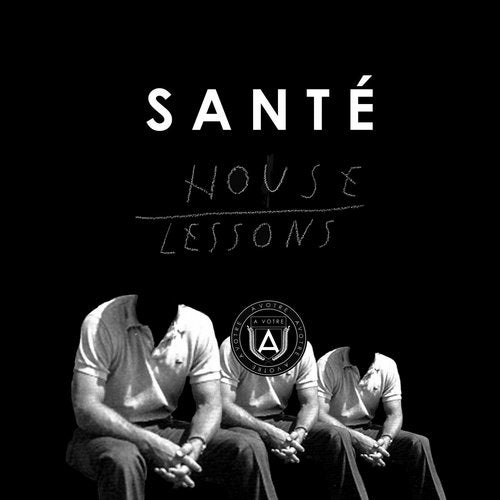 Sante drops his second studio album via the now seminal AVOTRE imprint. A callabo project, 'House Lessons' features remixes and guest features from the house scene's biggest acts. Ending another super successful year with the announcement of his second studio album, Sante readies himself for the release of his 'House Lessons' LP. 'House Lessons' - A twelve track package coming through on his now seminal AVOTRE imprint, is a collabo project with each single featuring a genre leading artist alongside Sante. Representing the best that underground house and techno has to offer, 'House Lessons' is set to drop on 10th February 2017.

Opening the album is a club-ready banger from Sante - 'Octave' - that's had expert remix treatment from seasons house producer Ninetoes, a track that quickly sets the tone of album and leaves the listener eager for more.
Next up, Second City remixes the huge Sante hit from earlier in 2016 'Bring Back' before the year's biggest breakthrough success story Solardo make their mark on his club weapon 'Ghostwriter'. Other highlights from the tracklist include Sante's remix of the legendary Marshal Jefferson's feel good anthem 'I Believe' and a collabo track with the now genre defining Stereo MC's - 'I Need' which cleverly manages to stand alone from the album as a huge track in it's own right, whilst still fitting cohesively into the overall release. Later on, British sensation wAFF joins the line up of world leading talent with 'Interferenze' before the LP is brought to a dramatic close with a remix from long time friend and studio sparring partner Sidney Charles 'Sick Drummer' and Sante's interpretation of Roland Clark's 'What The F**K' Sante continues to prove his worth as a producer to sit up and take note of with this soft more album 'House Lessons'.

His talents in the studio have led to him becoming one of the most revered artists on the scene and this album goes a long way to further cement his reputation as a versatile artist, who is just as at home behind the decks as the mixing desk.