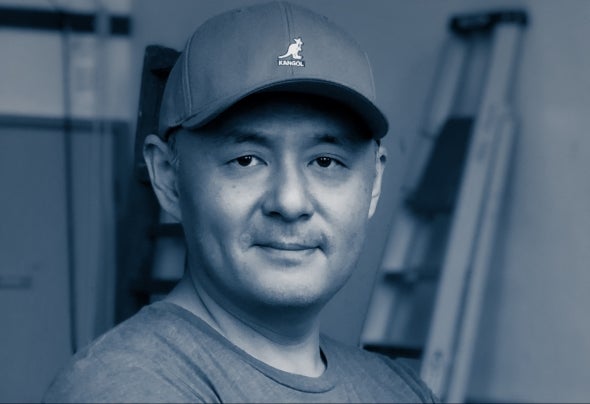 Credited as being one of the founders of the Las Vegas scene, Robert Oleysyck is respected as one of the early pioneers of the west coast underground music movement, dating back to the early 90's. Well known as the driving force behind the legendary nightclub, "Utopia" (which was often referred to as the Twilo of the west coast), he was the Resident DJ and organizer Garnering praise from fans and the media alike, Robert has been awarded as the Best DJ in Las Vegas several times, and has been featured in countless magazines and interviews. He contributed to the weekly Billboard Magazine dance chart for 15 years, and has stayed at the forefront of EDM, even before it was popular, bringing fresh music into his city and worldwide with his Podcast, "The Feel Sessions.” Robert is recognized as one of the most knowledgeable and technically procient DJ's around. His vast library of music and experience with a wide range of genres gives him the ability and exibility to blur the lines between music styles, and seemlessly mix and program music for a wide variety of crowds and situations. But what is Robert Oleysyck's style? "I've always said that good music is good music, regardless of the genre it's given or what's it's called. I like music that makes me feel something, wether it's an energetic groove, an uplifting vibe, a melodic touch, a moody thought, a romantic notion, or a sensual rush, music always has and always will be one of the great loves of my life.” He's been called "The DJ's DJ," inspiring listeners and even other DJ's with his heart, soul, energy, passion and emotion. With a career spanning over 25 years, Robert Oleysyck has proven to be one of the most talented, diverse and respected DJs around. His list of accomplishments speaks volumes about his dedication to the art and the music industry, and his resume reads like a historic timeline, garnering him status as a Las Vegas icon and legend.