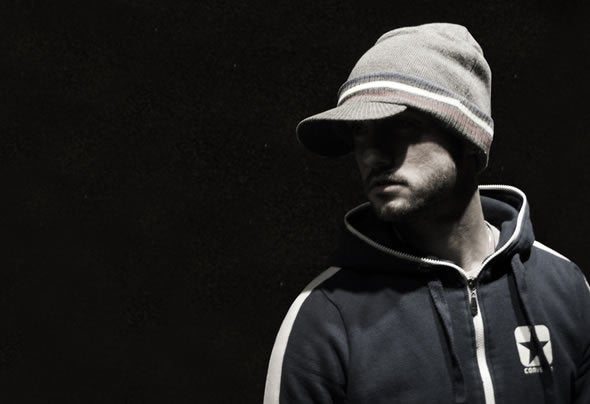 (Farfasound Entertainment - Audio Esperanto Recordings)An eclectic musician with roots in live, he began to perform live on rock stages in 1999, as guitarist and vocals of bands proposing unreleased songs. Soon the sounds of the electronic environment persuade him until to profoundly influence his artistic projects. Determination, dynamism, let's party, rhythms and erotic-urban implications nail the notes to the energy project "To Eatalien", born in 2009, through which it offers a very electronic indie-rock club that move your hips. The vein of DJ in live shows appears more clearly later in the project "2Eat", masked purely electro duo in whose workshop blends the beat of English techno with the irreverence of fidget house. Also in 2009, driven by the desire to searching and exploring new electronic shores, Rikha gave life to the product "Perfect Cluster", in whose rooms blends a tight crossover rock/electronic with Wave tones, embellished with homages to the old Warp school and the Teutonic contemporaneity.In 2010, following the reunion after 20 years of historical band new wave/post-punk "Symbiosi", he is incorporated into the project, bringing his experience in electronic production and programming.The "live" evolution of Rikha expressed itself simultaneously with djing experience and electronic production, which began in the late nineties and continued up to refine his growing artistic potential in the field.His sound is characterized by purely tech-house sonorities that bounce back from techno to deep. Alongside art production Rikha is active in the context of promoting and organizing events. In 2006 he founded the staff "La Passion du Noir" and later became part of the brand "Farfasound Entertainment" next to Francesco Farfa and Matteo Meschini.He currently manages Audio Esperanto Recordings Label together with Francesco Farfa and Matteo Meschini.