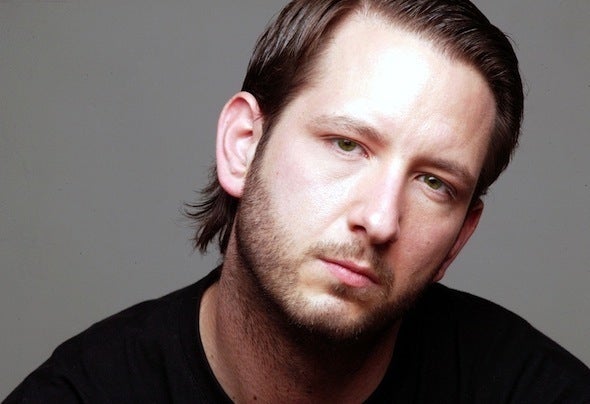 Music plays a major role in every single person's life. Consciously or unconsciously, scarcely any of us can imagine a life without high and low tones and waves of sound. Music has played a major role in the life of Arndt Meyer-Wegner, alias Dj Delicious, since the age of four. The son of a band musician was born in Bad Soden, very close to Frankfurt am Main, and from his earliest childhood he was unable to keep his fingers off either radios or record players. The result was that he quickly learnt to use technical aids in a professional manner. In 1988, during a school exchange in London, he first experienced the energy produced by the early wave of Acid House Music. From now on, at the latest, his interest turned completely to electronic music. Directly after his return from London he began to sketch out his own melodies on an Amiga 500. Because this only delivered a restricted range of sound, the purchase of further equipment became inevitable, and shortly afterwards he was in possession of a complete studio. With his first public release in 1993, "Chaos Tribe" on Thomas P. Heckmann's old "Uptown" label, he laid the foundation stone for the coming years as a producer and DJ. A variety of successful remixes and commissions followed in the next few years: these were released under a large number of different pseudonyms on Urban/Polydor, Sony, and WEA.A new chapter in his long musical career began in summer 2005 with the name "Phunkwerk Records", which proved to be an optimal platform for the hugely creative artist and founder of the label Dj Delicious. In no time at all Phunkwerk became one of the most talked about electronic Indie labels in the world. Thanks to his many different projects and huge variety of ways of producing music Dj Delicious has given a fresh and innovative face to electronic music, a face that refuses to be pigeonholed into any pre-fixed genre. This attitude – not to let oneself be musically castrated – is nothing but a completely logical consequence of almost 20 years of exposure to the climes of electronic music. "In the last two decades there have been so many great influences from all directions of electronic music that have also flashed me, that I definitely won't allow myself to be restricted now. It's all about cool and good sounds. That's it!"And that's exactly what one recognizes in all the various projects and releases that also run through his DJ-sets like a central theme. Every single release from his various projects – like Dj Delicious & Till West "Same Man" & "NYPD", Dj Delicious presents Phunk-A-Delic "Rockin" or the Dj Delicious solo releases "Let It Drop" and "Jaja" – has "exploded" on the worldwide scene so powerfully that they almost completely dominated all the relevant dance charts. Indeed they were – and still are – featured in the playlists of almost every international big-name DJ. Now - freshly signed to EMI/Positiva with buddy Patric la Funk - even more can be expected. The first Single "Smile" is "such an uplifting track and vocal session to be that big hands in the air peak anthem this summer" (DMC Buzzcharts)Alongside his own releases, he has also produced several remixes for artists like Fedde le Grand, Scissor Sisters, Erick E, Moguai, Chocolate Puma, Mike Monday, Cicada, Milk & Sugar, Tommie Sunshine and Marc Romboy.Aside from his huge variety of productions and remixes, his DJ-sets in which he presents a spectrum ranging from dirty electro sounds, House and Tech House tracks, via rock edits to techno classics, provide a mirror of his cross-genre musical fantasy and flexibility. His sets are regularly played on all the important radio stations in the UK, Canada, Australia, France, Netherlands, Brazil etc... His worldwide touring schedule covers all four corners of the earth and impressively demonstrates how close the special touch of Phunkwerk and the sounds of Dj Delicious are to the pulse of the age. Week after week visitors to clubs and festivals in Australia, Africa, Asia, south and north America and everywhere in Europe underline and celebrate the slogan of Dj Delicious: "It's gotta rock!!!“