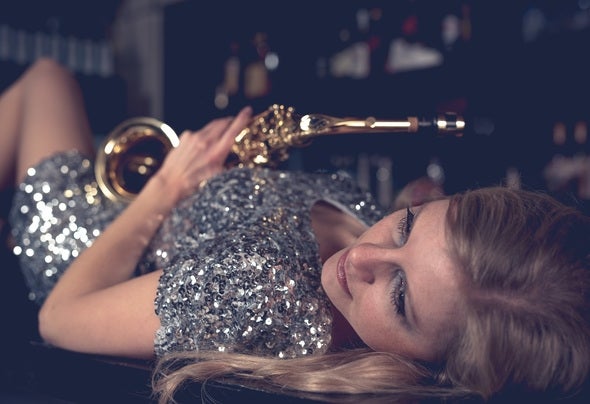 Anne La Sastra is an uprising star from Hamburg/Germany. For over 15 years she worked as a singer and front-woman of different bands until she decidedtwo years ago to focus her musical career on playing her saxophone with DJs in Clubs and Bars. During the last two years she was booked for Clubs, Bars, Companies and private partys – even from famous people like German national soccer-players and prominent figures of economy. Companies like Benteley Motors, McLaren, Otto Group, Sixt, Rickmers Group etc. booked her for receptions, parties and other events. She played saxophone with DJs in many well-known Clubs in Hamburg (Große Freiheit 36, Fundbureau etc.) and Austria (Festspielhaus Bregenz). But that ́s not enough for Anne: In 2017 she met her current producer Fred Martin. Together they produce own songs – loungery Deep House, trendy House and popular Dancemusic. Every song with her own touch of alto or tenor saxophone and her sweet voice. Her goal: She wants to touch people with her music, give them a great time out of their everyday life. Now Anne wants to bring her music also to other people, international cities and foreign countries. She wants to catch many people and develop her music by the experience of her musical journeys.