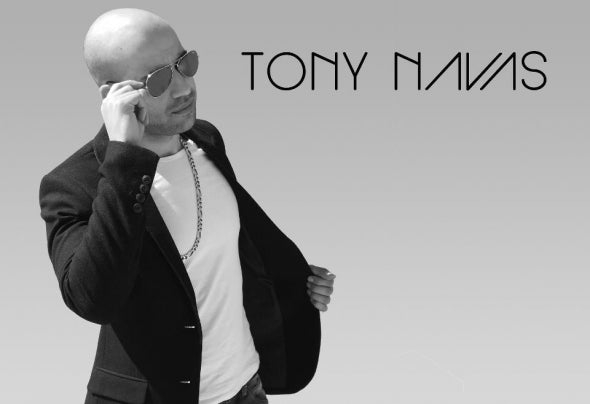 Tony Navas is a producer and a remixer artist. He produces house and tech house styles. He was born in 1985 in Girona (Spain) . Since he was a child he was interested in electronic music. When he had some money he purchest complete dj equipment at the age of 18, but he was interested to learn more of electronic music and producton systems. Then he study a Cubase production system in Studiotech. He learned very quickly and in 2010 he proclaimed official productor relasing his first track “La risa y el pito” in Rimoshee Recordings label. Is was incredible how his first track toped the Beatport of Rimoshee Recordings label on. After this succes, he released his first vocal track “Nick of time” with Udi that also receives great reports and released with remixes of other producers. In 2011 he released his first techhouse track, “Get Down” in Traxworks Records. This also folloled his first succes by again topping the downloads chart of label. Yet again he had the same succes with 2012 track “Vinylspin”. Some of Tony Navas’ work can be found on Elektrica Experience 2011..which includes his track “The warning” and also in Electrosquad Compilation 2011. Tony Navas continues working,to advance his artistic qualities and sounds,which will enable him to be recognised worldwide.