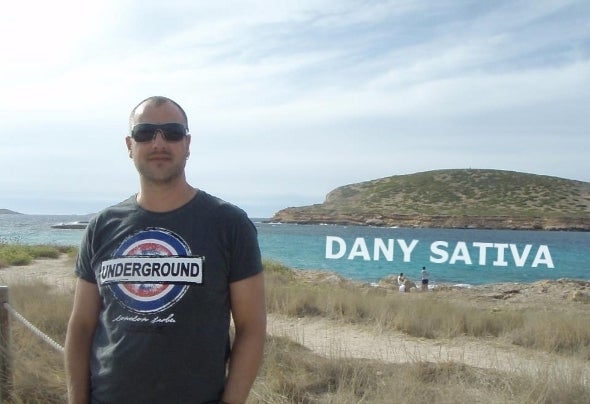 Dany Sativa has been represented in the party scene since the 1990s and in 1992 he stood for the first time as a DJ behind the turntables. Electronic music has always been his passion. Once Dany Sativa was also found in all known clubs behind the decks (Space Ibiza, Tresor Berlin, Kraftwerk Munich, Felx + Hofgarten Vienna, etc.). As a fan and connoisseur of Ibiza the club scene there has significantly influenced and impressed him.After years of club tours and gigs Dany Sativa concentrated on producing and remixing various electronic tracks and therefore he was seen behind the decks unfortunately only rarely. In early 2012 he was back with his new live act and various exquisite sets and has grooved the clubs.After the 13 releast tracks in 2010 and the album “Una Mirada”, Dany Sativa has released his second album “Save the Phantasy”, 3 more Eps, remixes and individual Tracks in 2012.