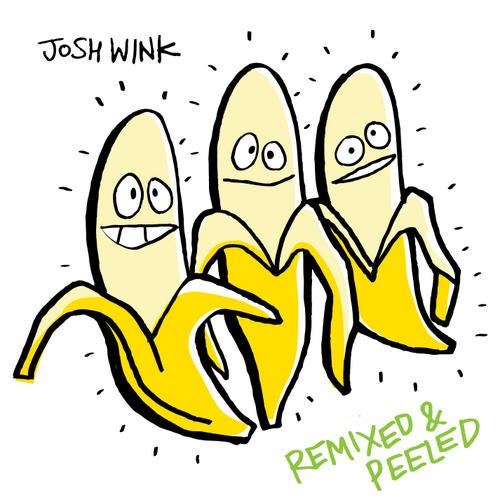 Josh Winks fourth artist album When A Banana Was Just A Banana was one of the most talked about and played electronic albums of 2009. Now, in 2010 - and with a little help from his friends - When A Banana Was Just A Banana gets Remixed and Peeled by some of Winks most esteemed producer friends, who each personally chose the track they wanted to remix.
This album started coming together when some of Josh's peers inquired about remixing certain tracks that they liked. Josh then asked other producers whom he liked and respected to pick a track also. After a few months of collecting the remixes, When A Banana Was Just A Banana Remixed and Peeled is ready for release. It was an honor to have so many talented producers interested in putting their spin on what were already great tracks - and very exciting as the mixes came in and we were blown away one time after another. The styles are very diverse, but all put together make a comprehensive album that shines like the original. From the deep tech of Martin Buttrich, Pascal Feos, and Chateau Flight, to the house grooves of Nic Fanciulli, DJ Sneak, D'Julz and Jimpster, to the full on floor fillers from Agoria, Slam, Radio Slave, and Benny Rodrigues. - Ovum
There are exclusvie mixes from DJ Sneak, D'julz, Martin Buttrich, Pascal Feos, and Benny Rodrigues included on the beatport release.

When A Banana Was Just A Banana Remixed And Peeled