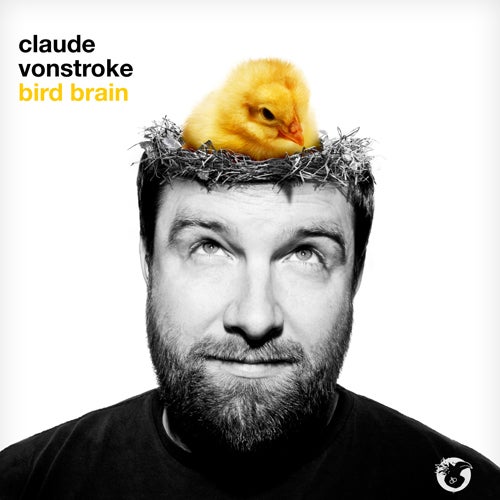 Since he burst onto the scene in 2005 with the oddball classic 'Deep Throat' Barclay Crenshaw, aka Claude VonStroke has risen rapidly to very top of the DJ/Producer spectrum. His early productions, 'Chimps ', 'The Whistler' and of course the mighty 'Who's Afraid Of Detroit', were a true breath of fresh air amongst the stifling onslaught of minimal. Its not too big a statement, to say that it was these releases, with their inspired construction, crazy samples, and heavy basslines that really brought 'fun' back to the world's dancefloors at a time when its was deemed 'cool' to be moody. CVS's 2007 debut album 'Beware Of The Bird' was an instant hit, and released on his own 'dirtybird' imprint. Since then the label's sound has grown to be so distinctive that many productions are now labeled with the 'dirtybird sound' tag. That same year saw CVS launch his second label 'mothership'. As his own sound has developed, it has enabled him to release new, more techno-lead productions, as well as release inspired music from a host of exciting talent including Catz n Dogz, Italoboyz and Voodeux. October 24th sees the release of Claude VonStroke's second artist album 'Bird Brain'. In true CVS style, the music is a diverse menagerie of sounds and samples. Many provided by the man himself. His love for his home city of San Francisco and its people, heavily influences the music of‚ 'Bird Brain'. The sites and sounds of the bustling Haight St. where he lives have seeped into the tracks. As has the never-ending enthusiasm of those dirty, smelly San Fran folk who just love getting down to the booty-shaking, rump-rustling bass in Golden Gate Park. These are the same party people who don't give a damn about the next house fad or the next 'big DJ' playing in Ibiza. As CVS himself puts it. "If the last album was 'Who's Afraid of Detroit', then this is clearly 'I Love San Francisco'." So what can u expect from 'Bird Brain'? Well, he's taken the ready and rough edged sounds from the first album and sanded them smooth. But do not fear CVS lovers. The album is chock full of dirty, slutty, dank, funny and giggling cuts. Just with a smoother overall vibe. Less axe murdering breakdowns, but with all the quirky madness still intact. Lets call it 'VonStroke 2.0'. VonStroke and dirtybird have never been defined by genres. And with the current trend for chasing and recreating 90's deep house loops, many respected producers have been abandoning their creativity. "Whether you like this album or not, there is no fake funk in this project. This is music from my heart." The diversity of the album is refreshing. Heavy jackin', ultra-deep, nasty funk and inventive arrangements are all present, as are legends (Bootsy Collins) and friends (Justin Martin & J Phlip). Creating a complete guide to the musical mind of Claude VonStroke. Every nook and cranny of his feathered frontal lobe, and beyond has been visited. With warm bootsy-fied bass. Lo-ridin', piano riffin', smokers delights and genial vocal cuts sitting brilliantly alongside homages to lost D&B days and the beautiful female form. As with his debut, Claude VonStroke's 'Bird Brain' is a must own piece of work, that expertly blurs the lines between the 'headz only' sounds of the underground, and music that your everyday 'non-dance' friends can enjoy. So few producers can tread that line with the ease of our San-Fran friend, and it is this skill, that of course, makes him King of the Dirty Birds!