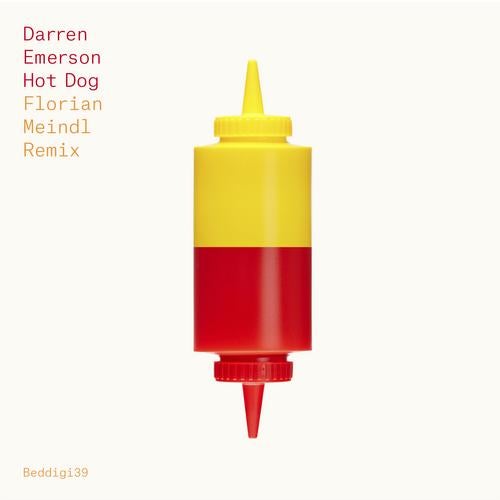 For the next Bedrock release, the label turns to one of the most influential figures in dance music over the last 20 years, Darren Emerson. Underworlds classic 1993 Dubnobasswithmyheadman album, Born Slippy on the Trainspotting movie soundtrack, unforgettable remixes for The Chemical Brothers and Björk, Scorchio with Sasha these are just a few examples of key creations that have captured so many peoples imaginations. For twenty years Darren Emerson has blazed an unrivalled trail across the electronic scene, navigating a highly successful career as a DJ, producer, remixer and label owner (Underwater and Detone). Now, fresh from a brilliant remix of Paul Rutherfords Acid House classic Get Real, he makes his debut on Bedrock. Hot Dog is a big-room beast that evolves from ethereal pads, heavy drums, clever percussion and crazy noises, to create a hypnotic groove that builds and develops with subtle skill until brimful with tension and bursting with energy. Darren Emerson never fails to impress. Berlin based Florian Meindl is a multi-talented talented DJ, producer, sound designer, writer and label boss (Flash Recordings), whose productions have graced labels such as Trapez, Stil vor Talent, Herzblut and Kling Klong. Here he strips things back, brings the beats to the fore, turns up the funk factor and creates an equally hypnotic and enthralling and yet distinctly different version of Hot Dog. Once again, Bedrock continues to capture the essence of why electronic dance music is such an exciting prospect right now, picking up praise and support from some of the worlds most savvy and innovative forward-thinking DJs.