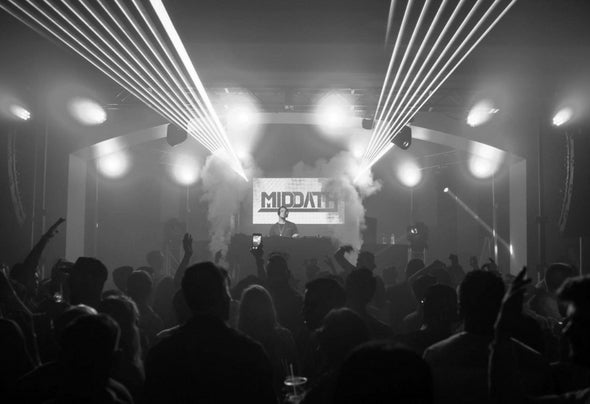 Hailing from sunny South Florida, MIDDATH is no stranger to the music industry. Boasting a bold sound enticed with crude bass lines, hypnotic synths and rambunctious kick drums he’s only just began his trek into the spotlight.Armed with a degree in audio engineering as well as 15+ years experience as a music producer of multiple genres and former rapper it’s no surprise his versatility has landed him releases on some of dance music’s most prestigious imprints such as Dirtybird and This Ain’t Bristol. MIDDATH’s dedication to perfection both in the studio and behind the decks have gained him the support of some of the biggest names in the business including Claude Vonstroke, Laurent Garnier, Steve Lawler, Don Diablo, Malaa, Shiba San, Billy Kenny, AfroJack, Sacha Robotti, Christian Martin, MIJA, Maximono, Bruno Furlan, Chris Lake, Kyle Watson, My Digital Enemy, Jesse Rose, Sirus Hood, and many others. Previous MIDDATH releases have made their way in the Top 100 charts of both Beatport and Traxsource in addition to being featured as Insomniac’s Track of the Day.Forthcoming releases for late 2018 into 2019 include an EP on My Techno Weighs a Ton as well as tracks on Audiophile XXL, Box of Cats and Mr. Nice Guy Records.