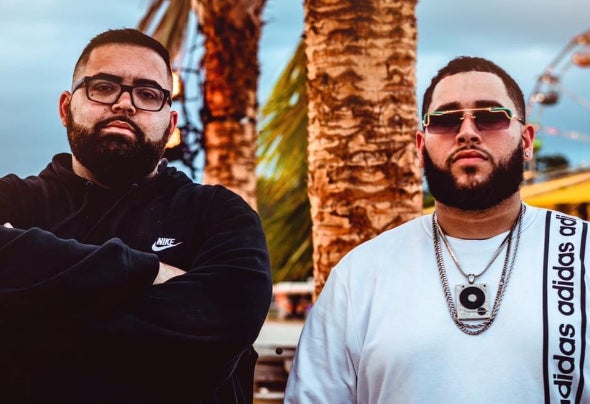 Two heads are better than one, and while the phrase is cliche, the essence of it certainly rings true for Too Heavy Crew. Consisting of long-time friends Carlos Maldonado and Francisco Costoya, the duo has revolutionized the tech/house scene. For the better part of the last decade, they have released numerous records with booming basslines, infectious melodies, and drums that pulsate through your feet until you can’t help but dance along. The "outstanding energy" that EDM Chicago refers to is no exaggeration, whether it be describing their electric performances adored by hundreds of thousands or the roasting sessions that the lucky few bear witness to. These globe-trotting performances include spots at the Imagine Festival, Okeechobee Fest, and the world-renowned EDC Orlando, as more and more people learn the name Too Heavy Crew. The duo is far from finished as they look to capitalize on a stunning career with even bigger plans to change the soundscape of electronic music forever!