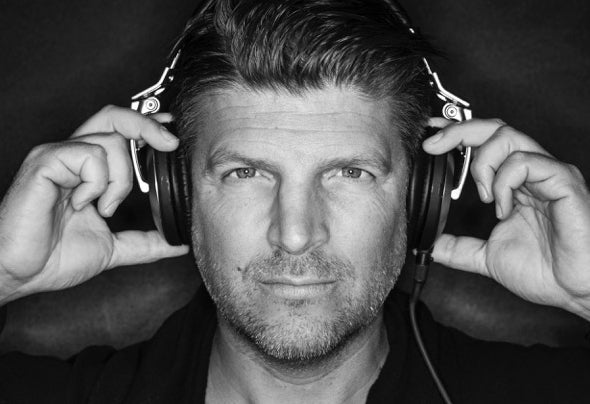 When house and acid house made its entrance in the late 80’s, DONAES got intrigued by this new wave of electronic music. He started looking for instruments to make a bridge between instrumental and electronic music. Art of Noise, Kraftwerk, Jean Michel Jarre were some of the first artists that used keyboards and samples and inspired DONAES to further explore electronic music. In 1991 he discovered percussion on Benirras beach in Ibiza. He bought a djembe that could meet the low frequency of electronic music. In 1992 DONAES purchased the first Pioneer CD mixer. DONAES focused on percussion and started developing productions with percussion and house music. Over more than 10 years DONAES created and played many live performances during music festivals like Sensation, Mysteryland, Innercity, and the World Music Conference in Miami. Meanwhile from 2005, DONAES started spinning at several international fashion party’s/ shows. In 2010 DONAES moved to Barcelona and became the weekly resident DJ in Shoko. When DONAES moved to Ibiza in 2012 his career kick started with weekly residencies in KM5 and PACHA, among many other international club bookings.With a deep-rooted passion DONAES integrates his substantial experience and knowledge of piano, bass and percussion in the electronic music he produces nowadays. He made the step from instrumental live-acts to professionally spinning and producing electronic music. His productions have been released on ARMADA DEEP and this summer he will be releasing his first EP on MANUAL MUSIC. He also has been doing his own weekly radio show for the last 2 years (100+) on IBIZA GLOBAL RADIO. The elegant global sound of DONAES is a blend of tribal Balearic beats, deep house and groovy tech house into melodic techno. With deep vibrations, DONAES will trigger to strike a chord and takes you on a soulful and positive journey.