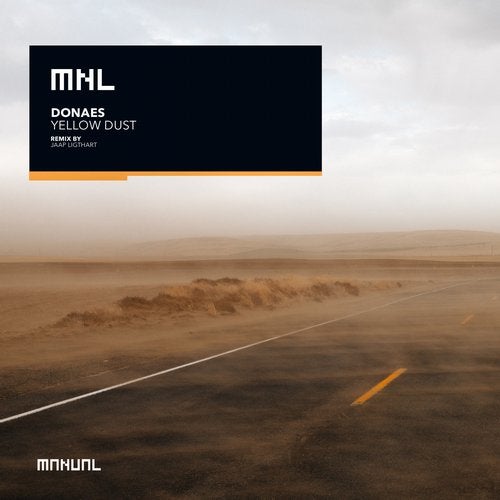 Dutch native, Ibiza based DONAES makes his MNL debut with two awesome originals here, presenting his Yellow Dust single. The Pacha Ibiza / KM5 resident has been a known figure in the deep- and progressive house scenes for quite some years now. At the same time though this is only his third ever release after appearances on Armada Deep and First Impression.

The release kicks off with the title track, Yellow Dust, an intelligent cut build around warm organ sounds and minimalistic yet funky percussion. The song cleverly builds towards a blissful climax. Proper peak time material here!

On remix duties we welcome back Jaap Ligthart. A familiar name on the MNL and Manual Music labels for quite some years now. The Dutch producer adds some rolling percussive delight to Yellow Dust which gives it a very uplifting feel overall.

A proper ending to the release is the Ripple Splash. A song that starts out with the same pumping minimalistic feel as the title track, but instead of opening up to a huge climax, this one stays in deep territory. One for the heads, and a proper addition which give this release that extra bit of versatility.