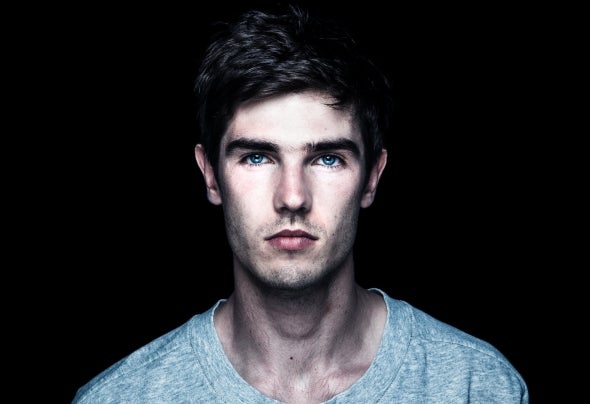 With an uncontrollable passion for music, and a keen interest in the violin, it is no surprise that twenty-three year old Gostan is emerging as a huge talent in the electronic music scene. Recently signed to Universal Music Germany, this ardent French DJ/Producer is quickly proving that he has the potential to reach unprecedented heights. The timing could not be better for Gostan - with his signature sound is swiftly on the rise and the musical tide shifting ever in his favour - this musical wunderkind who has been patiently waiting to cascade his melodies across the dance music scene is about to have his moment. At the ripe young age of 6, his relationship with music blossomed when he started learning to formulate the basics in music making. In his teenage years, he decided to switch the violin for making electronic beats on Logic. It was then that Gostan honed in on creating and developing his unique blend, the kind of music that transports listeners to a place of pure happiness and bliss. Alongside an outstanding talent for transforming existing songs into uplifting, light-hearted remixes; Gostan is a producer in the truest sense. Creating his own distinctive material with ease, he is determined to put the heart back into electronic dance music. In order to ensure he delivers stunning feel-good house music, he warms his songs with delicate melodies, slight brass percussion, and carefully selected vocals. His first release ‘Aube’ blends African voices with tropical loops and electronic hooks, creating a track that is extremely difficult not to love. Gearing up for the release of his second track ‘Klanga’, Gostan takes us on a trip back in time, combining history with his new-house sound. He incorporates a sample of John F. Kennedy’s “Ich bin ein Berliner” speech from 1963 with an undeniably cheerful melody and beat. This powerful track reaches its climax as a round of applause is met with a thrilling burst of saxophone, paying a grand tribute to a ground-breaking moment in time. He is the epitome of Parisian cool, yet possesses a universal style, which is gaining him fans all across the globe. Aspiring to follow in the footsteps of Eastern European chill-house geniuses such as Klangkarussel and Bakermat, with stellar talent and great ambition, there is no doubt he will propel onto the forefront of the instrumental house music movement. With plenty more magical tricks up his sleeve, the future is looking bright for Gostan. With plans to incorporate violins into his tribal beats, and singing onto his instrumental choruses, the complexity in his masterful work is set to increase and add to his dreamy, empowering music. Get acquainted with his name, because Gostan is one that you will be hearing a lot more of in the near future. www.facebook.com/GostanOfficial www.soundcloud.com/GostanOfficial www.twitter.com/GostanOfficial