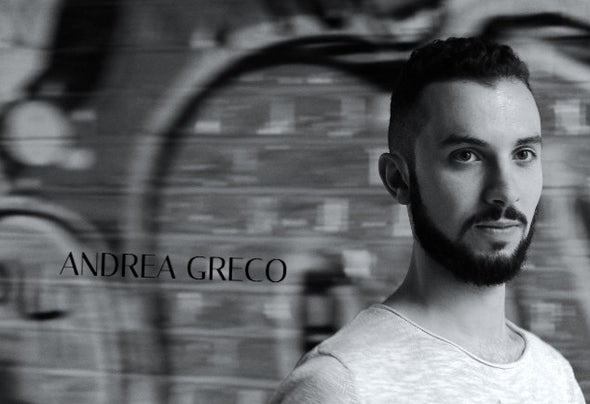 Andrea is a London based Dj and Producer.A true passion for music has always been inside him and this has always led him through all the different choices of his life, guided him to live for and with music.Since when he was a child he studied musical theory and different instruments like guitar and drum, purchasing a solid musical knowledge.Musical influences are almost endless, and all projected in his productions and dj set: personal, intelligent and creative.In 2011, thanks to his skills and to the friendship with the Dj and Producer Frankyeffe,Andrea became resident Dj in several parties in Rome, playing in some of the best clubs of the city, sharing the decks with names like : Harvey McKay, Ida Engberg, Mauro Picotto, Karotte & many more.In 2013 Andrea began his journey into the world of productions, releasing several tracks and reaching important results such as the releases for Basswalk Rec, Shibiza, Nell Records and one of the most important, his release for "Riot Recordings" (Label owned by Frankyeffe) that includes a special techno remix by Drumcomplex.At the end of 2013 Andrea moved to London, where he started his studies in Sound Design and Sound engineering at "Sae Institute".His production are currently supported by names like: Richie Hawtin, Marco Carola, Rino Cerrone, Marco Bailey, Alex Mine, The Deepshakerz, Rob Hes, Frankyeffe & many more.