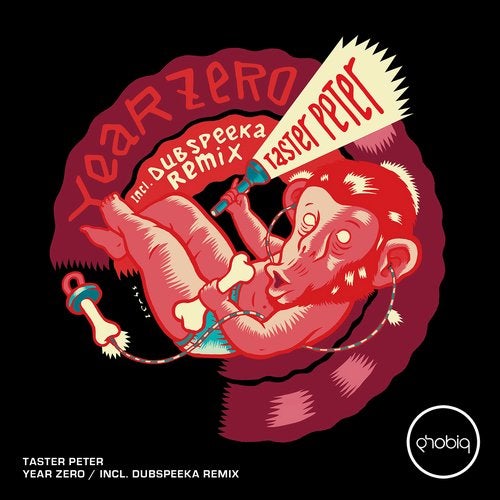 This EP could easily be titled "The Many Flavors Of Taste Peter" as he effortlessly rolls out a variety of styles in this four-tracker.
The journey begins with the aptly titled "Devil Chords" where we are quickly introduced to thick, mutating chords which are clearly taking the center stage here. An extra set is further applied, seamlessly leading the way to a breakdown fortified by an intense breakdown.
On the title track, Taster Peter nods firmly to Detroit with classic, subtle stabs and a nostalgic arpeggio just grazing the surface over the shuffling hats. This one is clearly a number where the melodic elements do the talking. In dubspeeka's rendition we a get a meatier version, with emphatic drums taking control while still maintaining the spacey vibe.
Closing up, "Nocturne" is a subliminal ride in the night (obviously), with sonars going off at all angles, and eerie effects teaming up with tense atmospherics to keep us on our toes. The low end rumble and intricate drum programming make sure that everyone is moving to the dark beat.