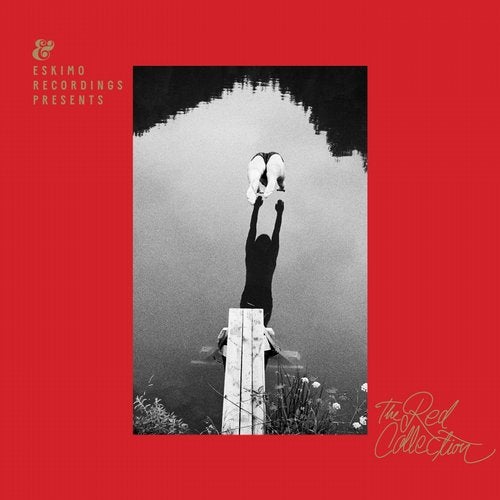 Easing us into 2017 Belgium's finest, Eskimo Recordings, returns with The Red Collection. The 6th instalment in the label's colour series it brings together the best of the label's recent releases with unreleased gems from their friends and family including Satin Jackets, Atella, This Soft Machine and many more. Across 13 tracks (and a bonus mix CD) 'The Red Collection' expertly segues between leftfield electronic pop, disco and house, taking us from the frozen north to the souks of the middle east and beyond.

Providing us with the perfect palette cleanser Icelandic producer Hermigervill opens the compilation's account with the crystalline electronica of 'Solitaire' before passing the baton onto Norwegian duo Atella, whose collaboration with Fr?der (herself named on of Scandinavia's most exciting new talents by NYLON) 'Closer To Life' has already been hailed by Clash as a "glittering alt pop belter" and by Earmilk as "dark and enigmatic" with "a sound to rival fellow Norwegians Royksopp".

Making a quick detour east to the city of Kazan in Russia fast rising producer Antenna delivers an ode to his favourite hookah tobacco in the shape of 'Love 66', a breezy slo-mo disco gem filled with Balearic charm. Returning to Scandinavia Philco Fiction's Turid Alida Solberg delivers her solo debut as Else Born, the heartbreaking 'This Time/Remember' lauded as a "masterclass in modern electronic pop" by The Line of Best Fit upon its original release last November.

As we begin to push the tempo it's the turn of Japanese based, British producer Max Essa who after critically acclaimed releases for labels such as Is It Balearic?, Lex Wax and Mareh Music makes a welcome debut on Eskimo with 'Your Cathedrals Re-Imagined', a sublime moment of electronic funk. With the party in full swing, it's time for one of Eskimo's biggest hitters in recent years Satin Jackets to do what they do best, bringing together their original brand of diva funk and smooth disco and the refreshing vocals of the talented Niya Wells. A perfect fusion of electro-pop, disco and soul.

LA based French duo Blue Motel follow up their recent remix for Else Born with their first original material for the label. Showing just why they've already been called upon to add their French touch to the likes of Classix, Poolside and Kraak & Smaak, 'Lunch With The King' is the kind of divine house music that French producers do so well, swirling electronic melodies and pulsating bass lines combing to joyous effect.