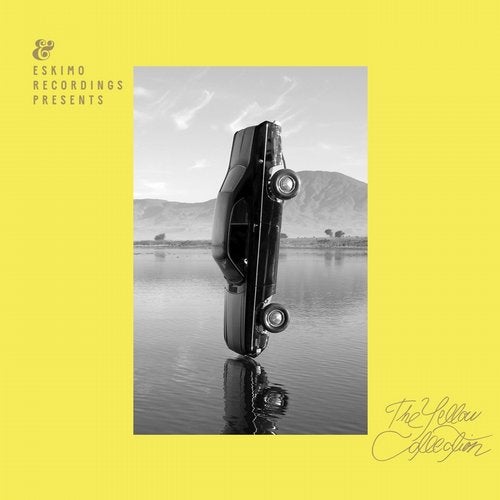 Eskimo Recordings is back for its annual inspection of what propels the Belgian imprint's throttle, exploring the boundaries of their house, disco and pop infusions in 'The Yellow Collection'.

The fifth episode of their colour collections checks in with renowned artists and esteemed guests recognisable from the label such as Du Tonc, This Soft Machine, Atella and Man Power, as well as visiting fresh faces and novel sounds from the likes of Mexico's Zombies In Miami, Los Angeles's LUXXURY, Israeli duo Middleskyboom & Eliezer, and Belgium's own Go March and Blackie & The Oohoos.

The opening moments of 'The Yellow Collection' come from Eskimo's core artists, tasting the superior quality of its roster with Norway's Atella, "one of this new wave's best" according to Thump. Greek producer NTEIBINT's 'By Your Side' is a deliciously mellow and disco tinged track that features the former Twin Shadow bassist Rush Midnight (aka Russ Manning) and the unstoppable Du Tonc's head spinning classic 'We Can Hold On' cultivates the pinnacle of the unique indie/disco sound suffused with pop sensibilities that Eskimo does so well. 'The Yellow Collection' unveils the previously unreleased dub mix from iconic German duo, Satin Jackets, for the first time.

Geordie in Mexico, Man Power showcases 'Fisky', a driving and hypnotic cut that follows nicely on from his recent contribution to Permanent Vacation and his nomination as artist of the year from XLR8R. This Soft Machine has graced both Nicolas Jaar's Other People label and Eskimo's The Orange Collection, plus picked up props from the likes of FACT magazine for his robotic demeanor, revisited in 'It's Operational' that can be first heard on 'The Yellow Collection'.

Handpicking talent from the local Belgian scene, Eskimo present two new acts from Antwerp for the project. Go March is an instrumental group whose debut single for the label, 'Rise' stretches a post-rock groove in a sort of Mogwai meets Kraftwerk synthesis. While the dark, hypnotic and electronic Blackie & The Oohoos's 'Aphexy' shifts 'The Yellow Collection' towards rhythm and coherence and shows a band at the top of their game.

Well-known figures from the Tel-Aviv scene, MiddleSkyBoom & Eliezer Perez embrace their post garage influences, Scandinavian melodies and rough improvisation in 'Slow With The Run' and in the true spirit of 1970s smooth disco and funk, 'Breathe' is stunning original material from LUXXURY following support from the likes of SPIN magazine. The LA based moniker was first brought to global attention by some unexpected legal kerfuffle a couple of years ago over some unofficial remixes of classic songs by The Eagles, Blondie, David Bowie and Duran Duran (who later invited them to make an official remix).

At the heart of the collection are two acts from the cooler Scandinavian climates of Norway that are familiar to the tastebuds of Eskimo fans. The alluring vocals of Else Born (also known as Norway's finest pop export Philco Fiction) appear on 'Colours', a track from Horixon that references 90's R&B, classic house and a touch of garage and Oslo's Vinny Villbass finds his way back onto Eskimo with 'The Itch' and it's haunting synths that infiltrate the lower frequencies.

A final introduction to the label, Zombies in Miami are one of the most prominent electronic acts in Mexico, known for releases on Kompakt, Correspondant, and Bedrock and their track 'El Wild' manages to capture the menace, drive and excitement of their unbridled live show. While 'You Could Be Floating' sees James Curd & Turbotito return to Eskimo after first appearing on Aeroplane's compilation half a decade ago. Their melancholic cut of disco hedonism is a result of a few weeks in Australia skating and writing music in order to earn a few extra miles.

Each artist has their own identity but Eskimo forms a package of seamless musical treats and forges yet new allies in the dreamy landscape of 'The Yellow Collection'.