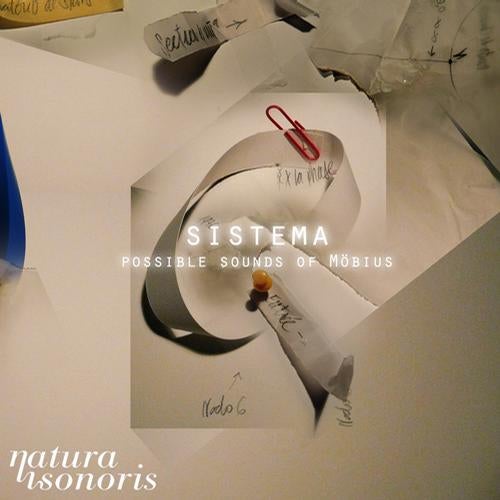 Sistema aka Manel Ruiz is one for the most respected underground producers in Spain, previously releasing on Bedrock & Traum Schallplatten. Sistema's sound is the result of combining his darker influences, including tripped out Deep Techno, 80s Electronica and Psychedelic Rock. After gifting us with select remix projects for Ryan Davis and Cora Novoa EPs, we here at Natura Sonoris instantly recognized the seemingly limitless talents of Sistema and asked him to consider a full length LP project. The incredible Possible Sounds Of Möbius has emerged from this concept and Sistema has once again not disappointed. Each of the 16 tracks have been individually composed with varied levels of emotion and intense attention to detail. From the ambient works of tracks such as Entrée and Planol Parallel to the driving Electro-Rock influenced Observatorio de Stars and on to Deep Techno offering Amazing Red, Sistema has achieved what he set out to do. This is a true producers album that seamlessly and at times impossibly transcends all boundaries that have been set of late. Observatorio de Stars is masterfully remixed by Steve Moore, who is also known for his remix work on; Washed out, Bear in Heaven, Laurel Halo, Shally Saphiro, plus releases on Kompakt, L.I.E.S., Mexican Summer & Permanent Vacation. Another fantastic remix of Node 6 comes from a leading light in Spanish IDM; Wooky. The third and final re-work, completing the package, comes from the incredibly talented Bruna & Minski. Minskis Shiver EP, released on Natura Sonoris in 2009 received crucial support from the likes of Laurent Garnier & Digweed.