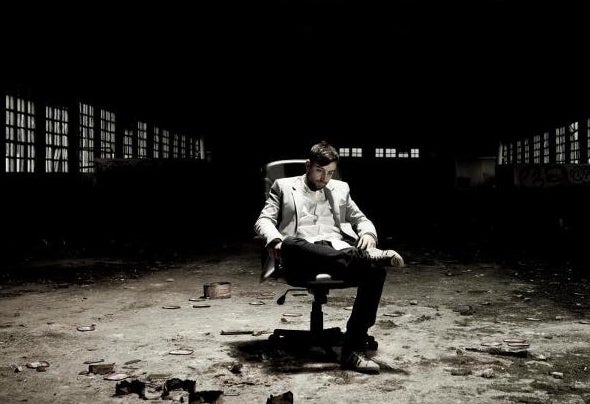 Jonathan Miguez Vazquez, better knows as John Axiom, was born is the small Galician City of Ourense. Since he is father is one of the biggest collectors of Jazz music in Spain, from an early age he was influenced by music on vinyl. After many years of playing the guitar in the pop-rock style, John decided to get completely involve with the electronic music world after some of his friends gave him some cassettes with music from Bonzai, Renaissance, etc. He began playing as a DJ in local clubs, influenced by the techno sounds from UK. Given his youth and good work, his sets grow to be very popular and after a few months he becomes the resident DJ of one of the most important clubs of his hometown, La Skina. After many years as resident, he began to take his music to the most important nightclubs and festivals of Spain, such as Florida 135, Octopus, Technological, Freeshwekend, among others. A few years later he began producing his own music, breaking away completely from the sounds of his DJ sets. Deeper sounds, reminiscent of the trance of previous times, marked his first productions. His first maxi comes from the hand of Triple records where he released his first track, Centurion, which goes to the top of the label’s sales in a few weeks. A little later came his first EP, El Tornillo, a reflection point in his career, as this EP became popular among the best of the genre like Henry Saiz, Paul Nazca or Dosem among others. In this work, he collaborated with one of the largest producers of the moment, the head of the label Regular, Iñaqui Marin, who made a remix of the original track. The EP also included a remix from his friend David Granha. His upcoming collaborations with his friend Oscar Vazquez (released in Liquid Grooves, My Little Catt) carried good praise from the critics of the scene, being played by artists such as Dave Seaman, Gabriel Ananda and Chloe Harris. After several years of friendship and after various collaborations, John joins his friend David Granha, owner of Ageyptia recordings, where John would take his next references. Particularly noteworthy is the The theory of Fudu EP, remixed by another of the figures emerging from the Spanish scene, Miguel Arrieta. The most played track, is the one John and David edited in the label of Henry Saiz (Natura Sonoris), "Inside" is within the summer compilation 2011. Many hours of work made his new project come to light as a Live set. John and David began to play in this format for several Spanish clubs. Their liveperformances became so popular that soon claimed the attention of the best festivals and clubs in Spain, Portugal and even Argentina, country which has witnessed his last two performances, Bahreim Club (Buenos Aires) and Clubsound (Mendoza), selling out in both occasions.