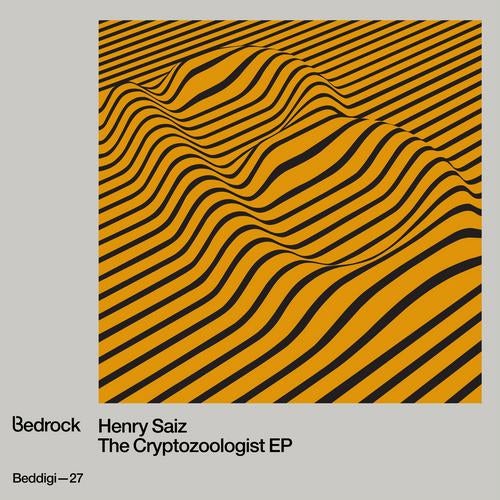 Cryptozoology, the search for and study of animals whose existence or survival is disputed or unsubstantiated, such as the Loch Ness monster and the yeti, is something that Henry Saiz finds deeply intriguing. His love of exoticism and strange natural/organic sounds (his own label is called Natura Sonoris - which means Nature of Sound) provide the fuel for this latest stunning Bedrock release. The Cryptozoologist has an instantly striking, mysterious Andean / Peruvian melodic influence that harks back to cultures shrouded in the mysteries of time, creating a truly haunting track. Uncharted is equally hypnotic and enthralling and yet distinctly different. Henry is using a lot of analogue vintage gear to create his music, which is giving him a very distinct sound, a path that will lead to his hotly awaited debut artist album (due out in April 2013) on which he will delve totally into and explore an analogue world (www.wearehenrysaiz.com). Henry's critically acclaimed Balance 019 album, released in 2011, was the catalyst for his star potential explode around the globe. His superb collaboration with Guy J (Meridian) and his solo track (La Marea) for the landmark Bedrock 100 release, were of the highest level of quality and his most recent release, Our Discovery (Natura Sonoris), became a huge Ibiza hit this summer, with supporters including John Digweed, Sasha, M.A.N.D.Y., Luciano, Visionquest, Danny Howells and many others. Henry Saiz is undoubtedly an extraordinarily talented young producer who is simply too exciting to be ignored!