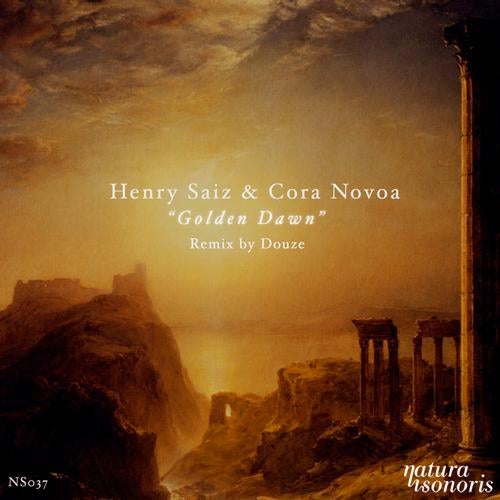 After Henry Saiz's monstrous Ibiza anthem Our Discovery which gained support from Sasha, Audiofly, David Squillace, John Digweed, Simon Garcia, Pig & Dan, Butch, Blond:ish, Danny Howells, Secret Cinema (the full list of DJ supporters is like a who's who of quality DJs) he's back, this time with Cora Novoa who is no stranger to Natura Sonoris, having released and remixed for the label several times, and here teaming up with head honcho Henry Saiz himself.

Golden Dawn has lashes of tasty percussion laid over a deep groove, full of warmth and quirky melodies and the vocal arrives and takes the track up yet another gear. This really is very special.

Next up is Dreama with its lush melodies layered alongside female vocal splatters and acidic like drops, this works a treat and crosses many musical genres proving these producers musical diversity and raw talent.

The remix of Golden Dawn is respectful to the original, yet stamping a nu-disco tinge, taking the tempo down yet retaining the warmth and emotions from the original and adding a touch of sleaze.