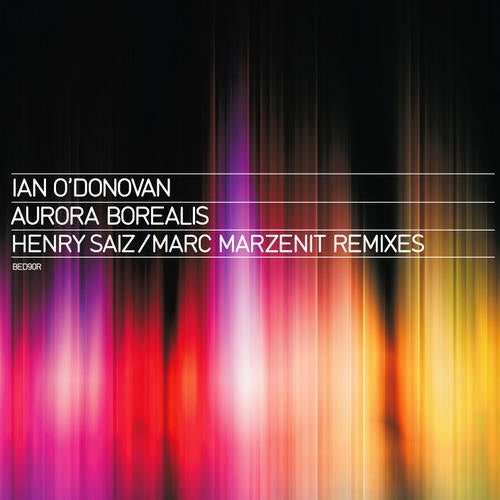 John Digweeds Bedrock label continues its inexorable rise with yet another stunning release showcasing two superb remixes of a track that caused quite a stir in clubland last summer when Ian ODonovan (one of Irelands fastest rising stars) unleashed the uplifting techno of Aurora Borealis on Bedrock.This set of fresh remixes from two of Spains finest - Henry Saiz and Marc Marzenit - are going to very big indeed. When the fizzing tic-toc intro surges into the hook-filled melodic vibes and analogue grittiness of Henry Saizs 70s Remix, you know youre onto a winner. He even introduces a stunning slowdown half-time dub extravaganza section that shows proper remix creativity at work. Teaming up with Marc Marzenit for their Atitlan Remix, Saiz and his partner create a tight, snappy tech-edged, tension-filled builder, with lashing of funk n swing in the groove. This is one of those tracks that will take your dancefloor to the next level. Henry Saiz was born in Madrid, and is one of his countrys fastest rising future stars through his quality productions and amazing live sets. He has created his own style, a complex and emotive form of electronic club music, which brings together melody, intensity, depth and maximum attention to detail. Here, on these two remixes, he shows exactly why he is such a highly rated producer.Who is Ian ODonovan? After spending much of his youth listening to various styles of music, Ian came across the world of underground electronic music. It was so refreshing and different to all the formatted songs and cheesy dance tracks of the time, he quickly began to immerse himself in this music and the scene itself. Influenced by artists such as Steve Rachmad, Underground Resistance, Technasia and DJs like Laurent Garnier, Jeff Mills and DJ Hell, Ian began DJing and seeking out the records that would go on to play an important part in defining his sound. It wasnt until he moved to Australia in 2005, that he began to create his own tracks, slowly teaching himself and developing his sound. After nearly four years living in Oz, Ian decided to return to Ireland in 2009 and focus more of his attention on making music, determined to help break the cycle of the boring, soulless minimal fad that had dominated house and techno in previous years. With early support on many of his tracks from the likes of Laurent Garnier, John Digweed, Dave Clarke, Anderson Noise, Hernan Cattaneo, Psycatron and more, the future looks bright for Ian with hot releases like this on John Digweeds Bedrock Records.