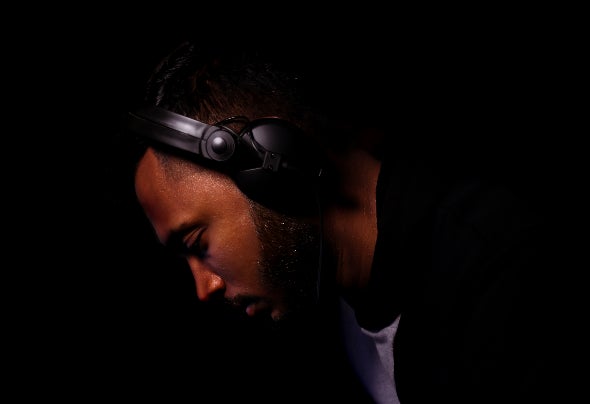 Residencies are the benchmark of any DJ. And with Trilogy, and Pacha Ibiza Dubai to his credit, Ejaz is one of the best regarded DJs in the Middle East. The Pacha Ibiza Dubai residency is just the latest impressive career move of Ejaz, the Indian born, Dubai- based DJ and producer. Hailing from the southern region of India, his love of house, techno and all things electronic came from his formative youth, with back-street raves and influences like Sven Vath, John Digweed, Sasha and Adam Beyer drawing him into the electronic world. Ejaz’s first big break into the industry was as the resident DJ at Trilogy. One of the first three room superclubs in the Middle East and named by DJ Magazine as one of the best venues in the world, he commanded the main room, laying down rock-solid house and techno support for industry luminaries like Adam Beyer, Maceo Plex, Sasha, Dixon,Carl Craig and Henrik Schwarz. That musical creativity followed into Pacha Ibiza Dubai, where he took control of the stunning main room, playing more eclectic sounds to compliment the shows, before launching himself into a house and techno masterclass every Thursday and Friday, opening for quality names like John Digweed, Hernan Cattaneo, Paul Van Dyk, James Zabiela, Lee Van Dowski and more. Elsewhere, he’s also thrice been hand-picked to play homegrown techno festival Groove On The Grass, with warm up sets for Richie Hawtin, Pan-Pot, Stephan Bodzin, Marc Romboy and Robert Babicz. Alongside that, he’s displayed his versatility and played at a variety of venues in the UAE. Recently he has played for the longest running electronic music night in dubai ‘Night Vibes’ , alongside Terry Francis, Lake People, Atish, etc. He has also played twice for one of the known underground club Level 42, doing opening acts for Chris Liebing and Mind Against. Ejaz was featured on “Transitions with John Digweed” vol. 610. He has become the brand ambassador for Sennheiser Middle East.