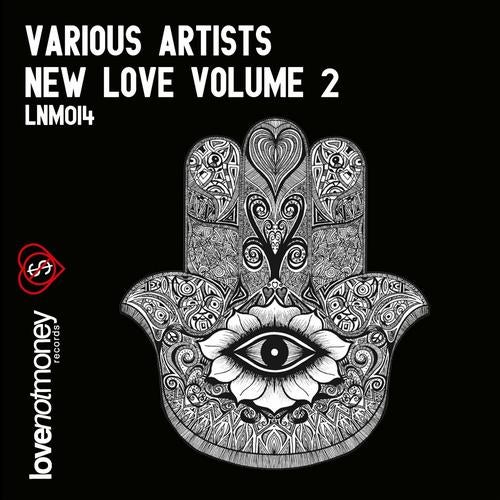 The initial ethos behind LNM Records was to expose young up & coming artists from across the UK and beyond. Now on their 14th release and with eight months of great releases and overwhelming support they bring you the second instalment in the 'New Love' series, a collection of deep grooves & raw house from some of the hottest burgeoning young producers on the scene.

The compilation features fifteen new killer tracks and is the perfect way to introduce some new face's to the label as well as featuring tracks from a few from familiar face's such as David Garfit, Liam Geddes, Make or Break and Jacsun.

Some of the featured new artists include: Josh Butler owner of promising new label Idiosync, Leeds based producers Steve Jones & James Winter, Birmingham lads dharkfunkh, Newcastle based Chris:Q who promote's the very successful Sample at The Cosmic Ballroom up there, Liverpool lad James Organ, Scottish based producer This Is I who's tipped to make some big waves this year. They also welcome some new face's to the label from across the water in the form of Italian's Thomas De Lorenzo and Moonwalk as well as two Canadian's Room 303 & Sean Roman who have release's out on labels like Hot Wave's and Neim.

Label boss Luke Pompey has unveiled some exciting new talent in this collection, the whole release has a real transition from raw house grooves right through to the more deeper late night sound's that have been favorited by DJ's worldwide over the past year. All in all a great compilation that demonstrates once again the ever-growing array of talent coming from the the LNM camp.