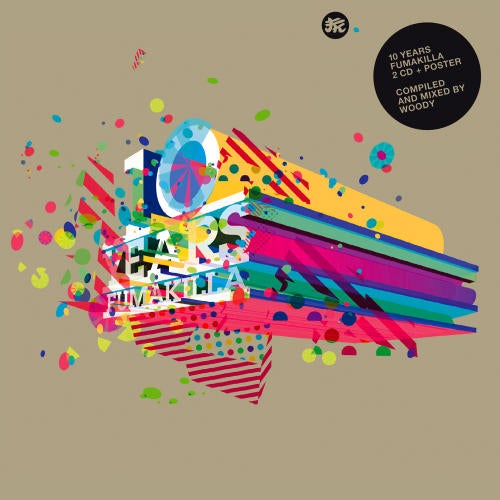 TEN is the magic number with Berlin imprint Fumakilla! 2010 marks its tenth anniversary, and to celebrate, label owner Woody has compiled ten new, exclusive tracks from the roster, including Felipe Venegas, Livio & Roby, Valenzuela & Casarano, Leix & Ronro, Larsson, Alejandro Vivanco, Danny Fiddo, Autotune and of course Woody himself. Over the past ten years, the Fumakilla team has been weaving 1s and 0s into intricate patterns, establishing itself as a source for sexy and pumpin club tracks with a sophisticated, artful bend (matched by its award-winning record sleeve designs). The dance label has gained a reputation of quality over quantity, with around 40 releases (including sublabel Fumalab) in its decade of existence, allowing creativity to flow at its own pace, striving toward a certain timeless quality. This compilations ten hand-picked productions serve as a state-of-the-union of Fumakillas international crew, from mellow grooves to galloping jams, deep and techno-house.´But wait, theres more! As you may know, Woody is not just a producer and label owner, but also a distinguished DJ, and for the compilations second disc, hes mixed an audio excursion of additional tracks from Fumakillas back catalog. The one-hour mix serves as a balanced overview of the past ten years, including his own track-as-mission-statement Fumakilla Funk from 2000, his remix of Autotunes Dirty", plus other hits and lesser-known tracks from the likes of Jona, Paul Ritch, The Dose and Livio & Roby. Whether you are an ardent follower of the label, or are just curious for an introduction, Ten Years of Fumakilla is a perfect TEN!

10 Years Of Fumakilla (Compiled And Mixed by Woody)