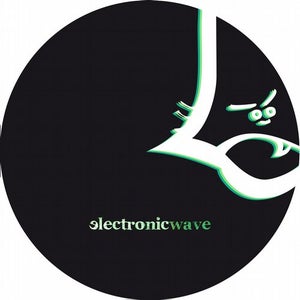 Catwash Records proudly present a delightful album in the shape of a superb slice of underground house grooves from Swiss production duo and founders of Electronicwave movement - LNF!Following on from their recent outing on the much acclaimed Catwash Beats Vol.3 V/A earlier in the year the the boys from xx hit us with a full 10 tracks of fresh underground action straight from the business end. Electronicwave without doubt is a record crafted by seasoned professionals for use as a dance floor tool. No bullshit messages or deep stories to be conveyed with this ten track package just pure unadulterated house music preaching in its purest form. Electronicwave showcases LNF at their very best weaving raw 909 drum grooves with subtle melodies and unique atmospheres that evolve throughout each track and the record as a whole. No doubt that these tracks will feature heavily in DJ sets of the leading names of the underground movement showing appreciation of the quality production, arrangement, blending of organic, natural and live sounds with passion demonstrated in every track.!L'N'F , two DJs that burned the dance floors of the best clubs in Switzerland for years. They also founded the Vinyl shop ELECTRONIC WAVE that became one of the most important brands for underground Swiss. They are the founders and resident DJ of the concept Electronicwave crazy party held at Livingroom in Lugano. With Walter Albini they formed the fantastic and unique WLF!Catwash Records is a label needing little introduction -- the creation of DJ W!LD in 2005, the French label has become one of the most respected in underground tech and deep house circles. The label's discography includes worldwide artists such as Sammy Dee, Boris Werner, Shaun Reeves, Adam Shelton, Marco Faraone, Lula Circus, Gauthier DM & Gulivert as well as Chris Carrier and DJ W!LD, both a solo artists and under their Catwash moniker.