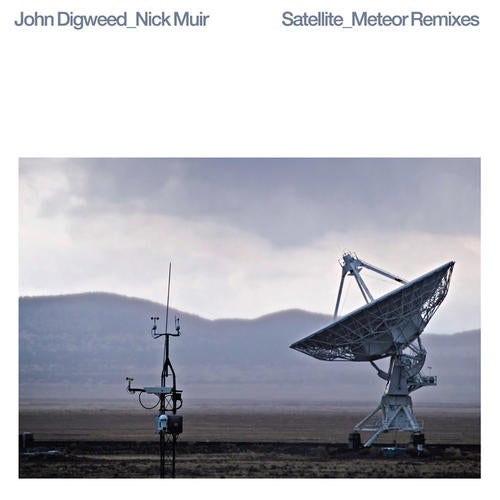 Sneak previews of elements of Satellite appeared on the new Structures LP, where John utilized a breakdown FX version in his mix finale. The full original version was then unleashed in its own right as a single, along with counterpart Meteor, gaining big support from the like of Carl Cox, Fergie, Desyn Masiello, Hernan Cattaneo, Anderson Noise, Sasha, and many more.Now, just when you thought you could sit down for a rest, Satellite has received some superb heavy-duty treatment in the remix department from the highly exciting Maetrik, and a top notch big room makeover from Tronic main man, Christian Smith. Maetrik shows exactly why hes such an exciting prospect with a stunning low-slung seriously heavy-duty groove that cant fail to impress. Originally from the USA and now relocated to Valencia Spain, Maetrik (aka Eric Estornel) is making incredible leaps and bounds, creating some of the most devastating and unique music right now with his unique blend of techno, house, funk, and electro. Maybe its down to his Cuban roots? Maybe its down to his desire to crush genre boundaries? Whatever the reason, John Digweed has made a smart creative call by letting him loose on Satellite!The big room vibes are most definitely flowing with Christian Smiths remix of Satellite, as he weaves and winds together over ten minutes of epic genre blurring wonder. Mr Smith has been championing his essentially funky mix of house and techno for more than a decade now, creating a highly individual cauldron of chunky grooves with loads of energy. With his own Tronic label releasing some fine fare right now, its no wonder that he was feeling inspired to deliver this superb version of Satellite.Between them, John Digweed and Nick Muir, producers of the finest electronic dance music, have been involved in many pivotal moments in the world of club music and have in many ways helped to define genres & push the boundaries further over the years. As with all their releases, Satellite / Meteor is a mission statement to show that they are not resting on past laurels but always developing their sound in an exciting direction. These remixes of Satellite only add fuel to the creative fire. Check them now!