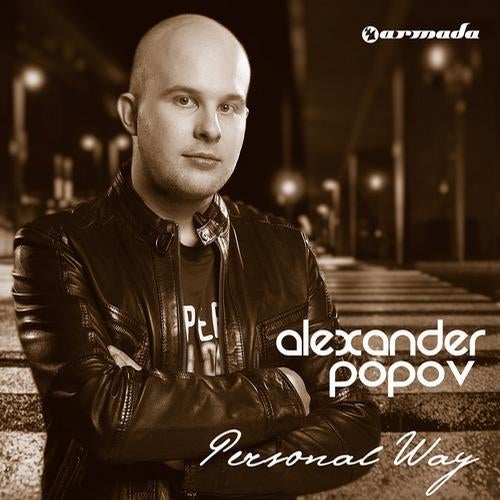 It takes more than a creative mind to make big leaps in the game of electronic dance music. And you bet, Alexander Popov has taken some heavy-weights. Since kicking off his impressive career 6 years ago, he's carved out a sound that is completely his. The Popov sound stands out, moves and awakens, attracting a loyal following of music lovers. After having had plenty of time to warm-up, he's now ready for what could be one of the biggest steps in his musician life - presenting his debut album: 'Personal Way'.

No longer a talent on the rise, Popov has earned a place in the hearts of many trance & progressive minded. Indulging the crowds with the feel-good tunes of 'When The Sun', 'My World', big-room weapons 'Elegia' and 'Revolution In You', his recent collab with Dash Berlin and remixes for Armin van Buuren and Cosmic Gate, it's now time for something even bigger. Something very personal.

'Personal Way' brings us 17 ways to get to know Alexander Popov even better. Taking us from the profound, deep melodies of 'Simple Things' and 'Moscow Subway' to the bulking beats of 'Revolution In You', 'Lost Language' and 'Legend'.