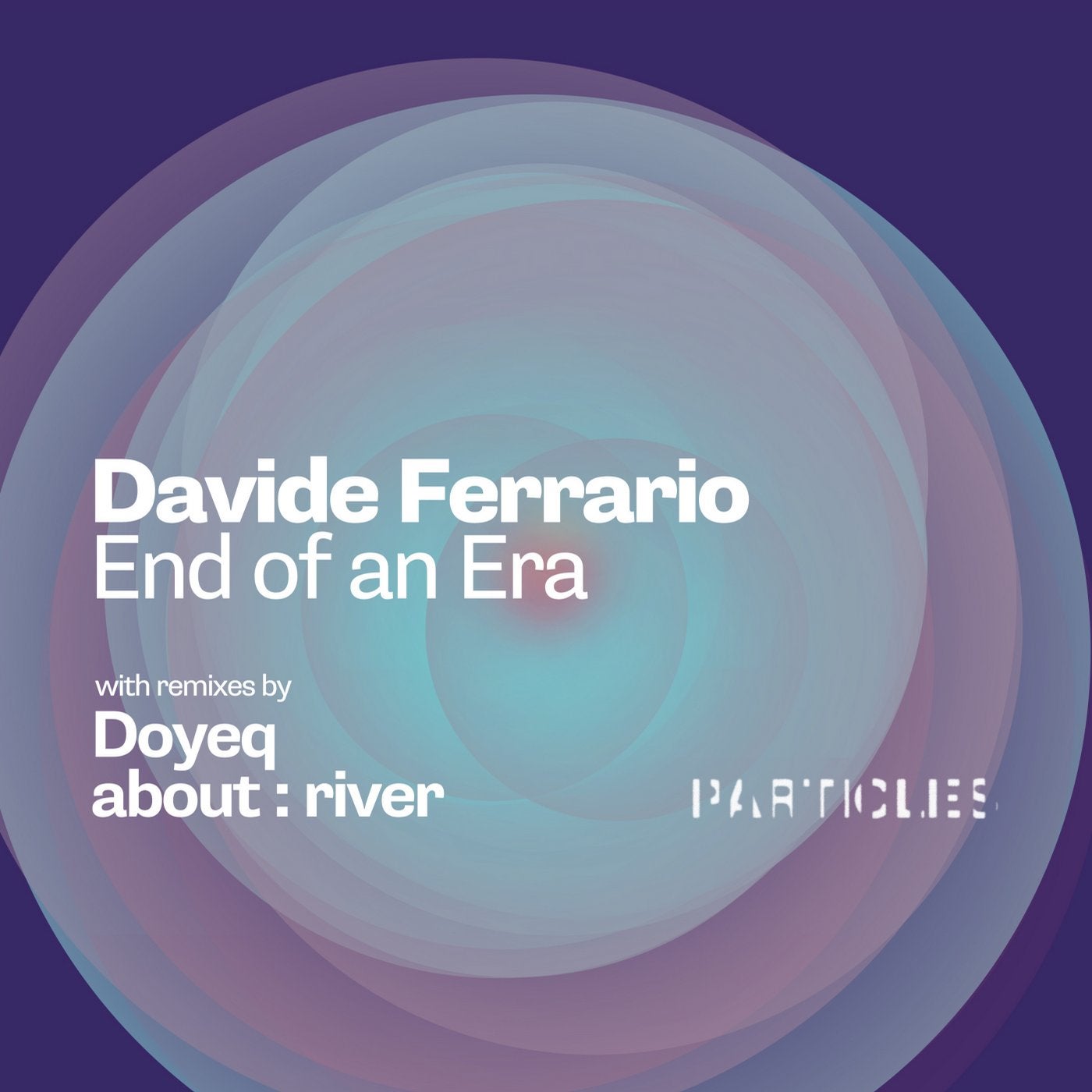 Operating out of the global fashion capital, Davide Ferrario is a stylish new name within the world of underground dance music. With releases on Manjumasi, My Other Side of the Moon and Kitchen Recordings, the Milan based artist returns to Particles after remixing Rudy in February 2020. Now debuting with his twin-track "End of an Era" EP, the title track is an organic house gem that bristles with vibrant, low-slung groove and gently panned arpeggio backdrop. Before long, a beautiful and emotive piano section enters the fray, juxtaposed against heavy metronomic beat. Counterpoint melodies entwine effortlessly adding to the emotion and aural texture in an impressive opening. "Tempo" provides a slightly more powerful melodic techno vibe as driving beat and gated chords sit against each other in perfect unison. A shimmering arpeggio and glass lead motif add further intrigue as a free-flowing phrase swims from left to right with ease. The result is a track that showcases Ferrario's skill as a composer, producer and musician.

With over a century of production credits stretching back over an eight-year period, the combined talents of Sergey Kulikov an Vitaly Bragin have found Doyeq a force to be reckoned with. Regular DJ performances across Moscow have contributed to this reputation as has music signed to Manjumasi, Kindisch and trueColors, the latter through the "Break into My Walls" EP including a remix from Hraach and Amen Miran. Making their Particles debut, the Doyeq remix of "End of an Era" is an impressive offering that makes intelligent use of the melodies central to Ferrario's track while intelligently introducing a new clicking and fizzing rhythmic framework. A searing, glissando lead makes its presence felt post-breakdown to devastating effect in a remix that is a welcome and powerful addition to the Particles catalogue.

Estonian artist, Oleg Ivanov, "has an ear for the cinematic" through his about : river pseudonym. Concentrating on building a narrative through his music with stratified layers of sound and a wide and varied sonic palette, his music for Easy Summer, Astrolabe Recordings and Nie Wieder Schlafen has been a powerful indicator of his talent, not least through his six-track EP for the latter in June 2020. Making his Particles debut, the about : river remix of "End of an Era" revels in reversed playback of the original's powerful melodic sequences, while adding a sumptuous array of further production material. A new motif pierces its way through the mid-upper frequency range, complemented by an organic rhythmic framework that rattles along in stereo-panned groove and subtle ambient effects. The resulting reworking of Davide Ferrario is an impressive debut.

Two new original tracks plus remixes from Doyeq and about : river find Davide Ferrario at the start of something special with his "End of an Era".

End of an Era