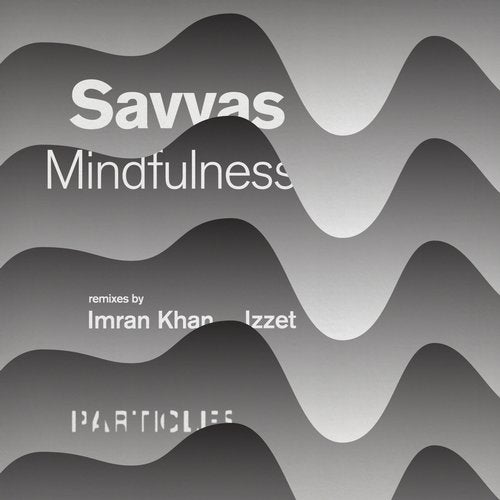 Originally part of the "Winter Particles 2019" in February 2019, Savvas opened the compilation with the glorious "Mindfulness". Now the melodic techno offering is given its own release accompanied by a brand-new original track and remixes from UK and Russian producers.

Savvas Karabinos has been at the heart of Greece's underground dance scene for some years. Hailing from the home of US house, the Chicago born artist has carved out a sizeable niche for himself with a swathe of open-air parties a plethora of releases on some of the finest imprints. Thus, Anjunadeep, Manjumasi and Nie Wieder Schlafen have all played host to the Savvas name. In addition to the title track, "The Lost Kingdom" is characterised by a clave-led percussive groove forming the foundation for a hypnotic arpeggio sequence to sit intelligently alongside the rhythmic foundation. Building in intensity, a rich and reverb-laden motif makes its presence felt, particularly at the stripped back breakdown, before blending with metronomic rhythm in the second half.

Fresh from the superlative "Organik" EP on Proton Music that included remixes from Barry Jamieson's Mono Electric Orchestra moniker and Irish legend, Silinder, Imran Khan returns to Particles after success with his "Arrival" on "Winter Particles 2018" and subsequent full release with remixes from Hot TuneiK and Kamilo Sanclemente and Dabeat. Remixing both artists in October 2017 and August 2018 and a Dante Pippi and Demitros reworking in November 2018, Imran Khan returns with a wonderful progressive house interpretation of "Mindfulness" that ripples and shimmers with contemplative prowess. Reinventing the central themes of Savvas' work creates a new melodic variation that percolates through the seven-minute track with skill and craftsmanship. Hitting its stride with richly textured pads that build to a denouement in the multi-faceted breakdown, Khan's remix is a work of sonic beauty.

An artist who has continued to gain prominence and traction through the course of 2019, Russian born, Izzet, began his production career in 2010 with initial work signed to NewBorn Records before going on to feature on a clutch of impressive imprints in the intervening decade. As such, releases on Clinique, Proton Limited and Liquid Grooves saw Izzet make his mark before "Summer Goodbye" hit the Particles catalogue in January 2019. Remixes from Bluum and Malbetrieb contributed the success as he built on his growing reputation. Now returning, Izzet treats "Lost Kingdom" to a wonderfully textured reworking that pulsates gently through sumptuously layered pads and cleverly programmed rhythmic interplay. Making clever use of a sympathetic arpeggio sequence that resonates with Savvas' original, the second half opens up in glorious manner to create a typically impressive production from the Izzet studio.

New music plus remixes from Imran Khan and Izzet finds Savvas successful in the here and now with his "Mindfulness".