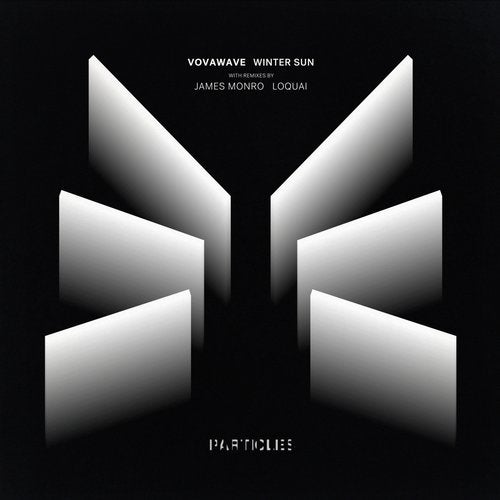 Another new artist to the roster, Particles is delighted to welcome VovaWave with the three-track "Winter Sun" plus remixes from UK and Kazakh icons.

An accomplished brass musician influenced by a variety of music genres, VovaWave is a new artist to the underground dance scene. From his Moscow home, the Russian has created a nascent production moniker that saw the February 2018 "Cities" debut for Aenaria Tribal and "Soulmate" appearing on 99 Waves two months later. A year's hiatus now finds VovaWave with a debut Particles EP. Opener, "Dance With Me" is characterised by an earth-splitting sub-bassline paired with a rapid-fire percussive groove. A hypnotic melodic arp filters into range partnered by carefully placed risers, delayed claps and counterpoint motif that fall and rise in dancefloor harmony. The title track immediately excites with its hypnotic 16th bass pattern melody, gently side-chained to fit snugly against strong beat and off-beat percussion. Building through the meandering lead-line, layers of piano and new motifs emerge in intelligent fashion at the mid-point before rhythm and bass come to the fore once more in the second half. The aptly title "The Storm is Coming" revels in reverberated thunder rolls and rhythmic hi-hat pitter-patter. A growling bassline adds to the sonic landscape in menacing fashion and an emotive piano section provides a moment of magic at the breakdown before extending into the third movement with subtle prowess.

James Monro needs no introduction to the Proton cognoscenti. An artist of global renown and a back catalogue that is the envy of many, the UK born, Brazilian based artist has been a regular on the flagship imprint with his "Fonik" and "Nectar" EPs in 2013 and 2015, while 2017's "In the Ether" showcased Monro's wide-ranging production talent. A trio of remixes have seen Monro provide a rich seam of craftmanship on Particles and it is an honour to welcome him back for a fourth as he takes "The Storm Is Coming" on a typically majestic voyage through expertly crafted percussive groove and production talent. Capturing the melodic themes of the original and sculpting an awe-inspiring new bassline to mirror the phrasing of the original, he builds on VovaWave's melodies with a swathe of additional production material stratified in layers that blend together showcasing a producer at the peak of his powers.

An artist of similar renown across the underground dance industry and a staggering 1,200 production credits to his name spanning 14 years, Kazakhstan born LoQuai has been in constant demand throughout. As talented as he his prolific, "The Native Language" was a notable high point for Particles in September 2014, as was the "Bead Meditation" EP with Ewan Rill in October 2015. A raft of remixes has followed with Navid Mehr, Ferdy and James Monro all receiving the Loquai remix treatment. Now taking a trademark approach to "Dance With Me", a laidback rhythmic framework provides the perfect vehicle for sumptuous layers of melody, wrapped in coruscating string phrases and textured pads, to sit alongside elements from VovaWave's original. Pausing mid-way, the melodies come to life in scintillating fashion before the rhythmic groove takes centre stage again in the closing section.

As VovaWave finds warmth in the "Winter Sun", remixes from James Monro and LoQuai keep the heat on.