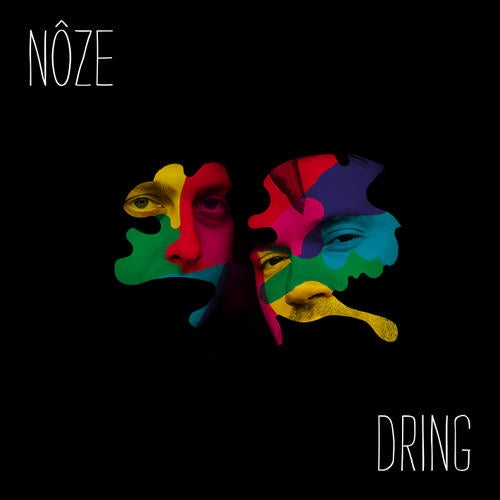 We left them as highly energetic showmen with a weak spot for the tipsy atmosphere of ending house music balls, and here they are 2 years later, like good wine, full of maturity and sophistication, asserting their character in a renewed fashion, with more depth and subtlety.Make no mistake about it, Nôze are still Nôze, they have simply swapped their colourful electro-cosmopolite entertainer costumes for the no less flattering attire of velvety pleasures and joyous melancholy and a re-emergence of their first love for improvised music.The fellas have quietened down a bit after two crazy years of touring the world, and deliver a brilliant follow-up to Songs On The Rocks: getting locked into a box labelled Gypsy House was out of the question, as was the thought of abandoning the power and qualities of all the popular musical styles that run through them and their music.A multi-headed album, Dring Dring was born from multiple encounters and collaborations, disrupting the duets recording routine: if the Nôze sound is resolutely turned towards instrumental music, this time Pailhès Ezechiel and Nicolas Sfintescu gave their friends complete freedom, as title after title, recording session after recording session Nôze gradually became more of a "real" group with shifting and porous boundaries. A spontaneous process, which progressively became this albums backbone, also an opportunity to express their gratitude to the worlds of jazz and improvised music, and highlight the talent of their faithful collaborators: Thibaut Frisoni (guitar), Alexandre Authelain (sax and clarinet), Matthias Mahler (trombone), Emiliano Turi (drums),...Nôze now travels along the edge of house music, playfully making light of its codes, and more broadly making light of the codes of all festive musical genres that cross their path (Cumbia, Klezmer, Reggae,...) and especially their own musical vocabulary: reviving the jazzy and experimental ardour of the early days, now sustained by the demands and maturity of accomplished musicians and performers that made their success and fame. With this album, Nôze offer themselves at their very quintessential best, where technical and musical virtuosity constantly share the limelight with the light-hearted but profound expression of joy, celebration and melancholy.