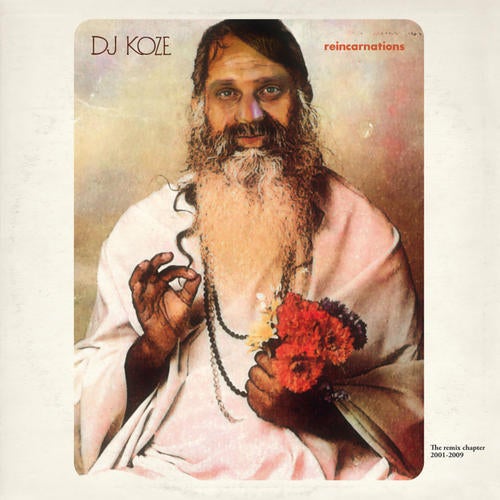 immediate take down 2009.03.16 Stassy Get Physical is proud to present Reincarnations – The remix chapter 2001 - 2009, a new compilation of remixes by DJ Koze. Koze, real name Stefan Kozalla, should need little introduction - renowned as one of the world’s best DJs and one of its most distinctive, trailblazing producers, having released innumerable classic records both as a solo artist and as part of International Pony. It’s no surprise, therefore, that Koze is a massively in-demand remixer, with a disparate range of artists keen for him to offer his unique spin on their music. Reincarnations – The remix chapter 2001 – 2009 features his best remix work from the past eight years – it’s a chance for long-term fans and heads to relive treasured memories, and also serves as a neat introduction for those who are less familiar. The story of Reincarnations – The remix chapter 2001 – 2009 begins back in 2001, with Koze’s dark, bassy and seriously ahead-of-its-time minimal rework of Malaria! vs Chicks on Speed’s ‘Kaltes Klares Wasser’, a collaboration with The Tease. There’s also another chance to hear his legendary remix of Heiko Voss’s ‘Think About You’ – a string-laden, deep techno epic which sounds at once rueful and hopeful, looking forward to the future while musing melancholically on the past. It’s the perfect example of Koze’s intuitive and deeply musical approach to remixing – you always get the sense that he understands the songs he’s remixing, their unique energies and idiosyncrasies, and as such the remixes feel like heartfelt, considered responses to questions posed by the original music. Koze isn’t just interested in tooling up a track for the club; he’s interested in striking up a creative conversation which leads to new and exciting pastures for both him and his client. 2007 was a particularly prominent year for Koze as remixer, and it’s represented by several tracks here including his warm, glitchy funk mix of Matthew Dear’s ‘Elementary Lover’. His remix of ‘Atlas’ by Warp-signed US math-rockers Battles was a massive crossover success, finding favour not just with house and techno fans but lovers of adventurous rock and electronic music everywhere. Lawrence’s ‘Rabbit Tube’ is given an elegant, trance-inflected makeover that complements the classic Dial sound while subtly reinventing it, as delirious FX and tricky drum patterns are added to the brew; this is in some ways the most straightforward remix on Reincarnations – The remix chapter 2001 - 2009, but it’s also one of the most seductive and successful. Koze scored a big hit this year with his take on Matias Aguayo’s tongue-in-cheek ode to ‘Minimal’ - a club-friendly but wonderfully strange remix, which achieved a timeless filtered disco sound but shot through with sick edits and creative sampling. Koze is maybe the only producer whose creative vision is as skewed, complex and good-humoured as that of Nôze, and as such he was the perfect choice to re-work the Parisian duo’s Get Physical single ‘Danse Avec Moi’. He sculpts a magnificent, impossible to pigeon-hole remix that sounds like ballroom music from a distant, twisted future, underscoring Nôze and Dani Siciliano’s vocals with low-down distortion effects and strings which vary in tone from menacing to celebratory, often in the space of the same bar. Oh, and there’s a thrilling brass, drum and double bass break about midway through that you simply need to hear. And then we’re brought bang up to the present day: Koze tackles the new Buzzin’ Fly single from Ben Watt, ‘Guinea Pig’, giving it a wonderfully skippy house makeover and delivering one of the most ecstatic breakdowns you’ll hear all year! Look out too for an impossibly deep dancefloor burner in the shape of Sascha Funke’s ‘Mango Cookie’. The CD draws to close with a twist of humour and musical imagination typical of Koze – a remix of crooning, extravagantly romantic German pop tune ‘Ich Liebe Euch’ by Hildegard Knef. Reincarnations – The remix chapter 2001 – 2009 makes the case for Koze as a quietly mercurial innovator not just of dance music, but of modern music at large.