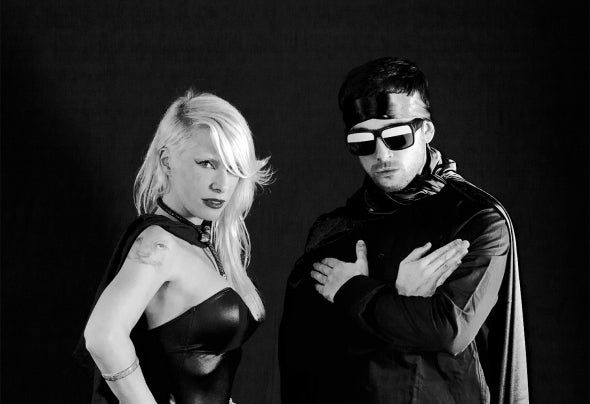 Bea Tricks & Beatmaster G making sexy house & techno with alternative, punk, funk, disco & acid overtones. making tomorrow's music today.BiographyBeatmaster G is now considered to be one of the best beatboxers / multivocalists on this planet and has been one of the pioneers in the resurgence of human beatbox into the modern musical spectrum. With more than eight years of performance history, he has introduced his art form to thousands of people around the globe with a unique style that has created a following. Influenced by beats of all mus... See MoreDescriptionInspired by our favourite 80’s horror and spy B movies, Quentin Tarantino, Elvis, an android, a drunk Mexican, a dose of dark humour, Sci-fi and anti-hero comics, a bunch of new and vintage audio gear in a sonic blender and hitting the ‘SMOOTHIE’ button... It’s crazy!... but FRESH!Their attitude is inventive, crazy, thoughtful, fun, electric and analogue. The cool side of the dark side... Original!Band InterestsIs to conquer the world and spread cool vibes over the zombies that need awakening for the good of musical existence. To continue playing in the world ́s hot spots for good crowds who are willing to be introduced to something exciting and different.