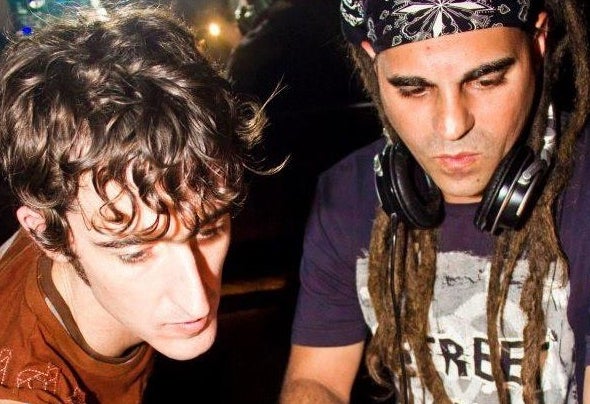 Joint (joint) adj. Definition: Shared, held, or made by two or more people or organizations together Custody (kus- to-dee) n. Definition: Care, supervision, and control exerted by one in charge.Joint Custody are Matt Dillon and Joe Morgan - two musicians creating a unique soundscape as a product of thier shared vision. Their love for electronic music brought them together in the studio and on the decks, but their musical journeys began long before their partnership.Matt Dillon's musical development started as a young classical violinist, but it was in his early teens that he was exposed to electronic music. From the second he spun his first vinyl record his future belonged to the turntables. In ̃91 by chance or by fate, Matty met and befriended now legendary DJ Monk (Rabbit in the Moon), whose guidance and influence sparked a 20 year career. Highlights include playing at Studio 54 at 19 years old, many gigs at the legendary Simon's in Gainsville, residencies at Rain, Masquerade, a 10 year residency at DJ Three's Snatch party in Tampa, FL, playing alongside some of the worlds best DJs and his greatest influences.Joe Morgan began his DJ career in 2000 as a scratch DJ for bands. He then fell in love with the sexy Drum n' Bass scene catapulting him into electronic music. In 07 a rabbit hole opened and led him into the world of underground Minimal and Tech House. It was there that local DJs such as DJ Three, Bob Skies and DJ Matty inspired Joe to broaden his horizons in house music. Working together since 2007, Joint Custody has released 8 original albums and countless remix projects. Labels include Traum Sschallplatten, Three's Hallucination Ltd, Casa de Conde. Projects include remixes for Chris Fortier and Sycophant Slags, and collaborations with Mr. C and Adultnapper. New vinyl releases with remixes by the sickest artists around are coming soon on the Superfreq label.