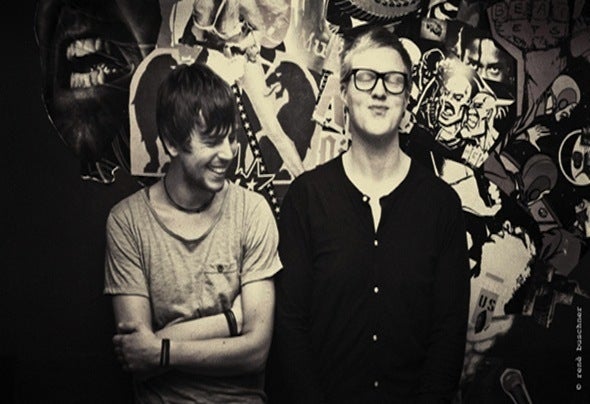 Music inspires in many ways, especially when your cosmos has revolved around black discs and shimmering Disco balls for nearly half an eternity. Crisder and DMS didn’t just yesterday fall for the groove of the diverse genres of electronic music. Since 1996 they have served as DJ’s of the night, who don’t simply pass on by, but instead remain a magical experience in the memories of their dancing audience. Up to now, important points along their musical journey haven’t only included clubs across the whole of Germany. They have also included appearances in Villa Bardzki and Aioula. Especially formative was their collective experience in Kollektiv "1e auditeur", which brought together many talented artists from Jena, Gera, Erfurt and the surrounding area, influencing the entire region’s sound. From all these experiences they have drawn the inspiration for their first collective tracks, which were cut from an overflowing tap of creativity and ideas, as well as their love for music- and not just in four-four time. In 2006 both artists decided not only to create together as DJs but also to become active as a production team. As they began to work together under the name of Taron-Trekka the music scene began to pay attention, as they elegantly laid down deep beats, crackling sounds and purring melodies. Since then boundaries between Jena and Berlin have continued to be cleared, reshaped and broken in order to prove, with the help of new tracks, that this newly enlarged axis of music functions better and more productively then ever. The stylistic reach of Taron-Trekka’s music is too large for just one drawer. The groove moves at once so elegantly and fully, that you’ll feel you’ve discovered house music all over again. Before you know what’s hit you, the beat and rhythm will lead you to the grey zone which divides house and techno, and you’ll feel as if you were dreaming on the dancefloor. There are many ways to rediscover the beauty of slowness and to inspire yourself anew; among which the music of Taron-Trekka easily belongs.