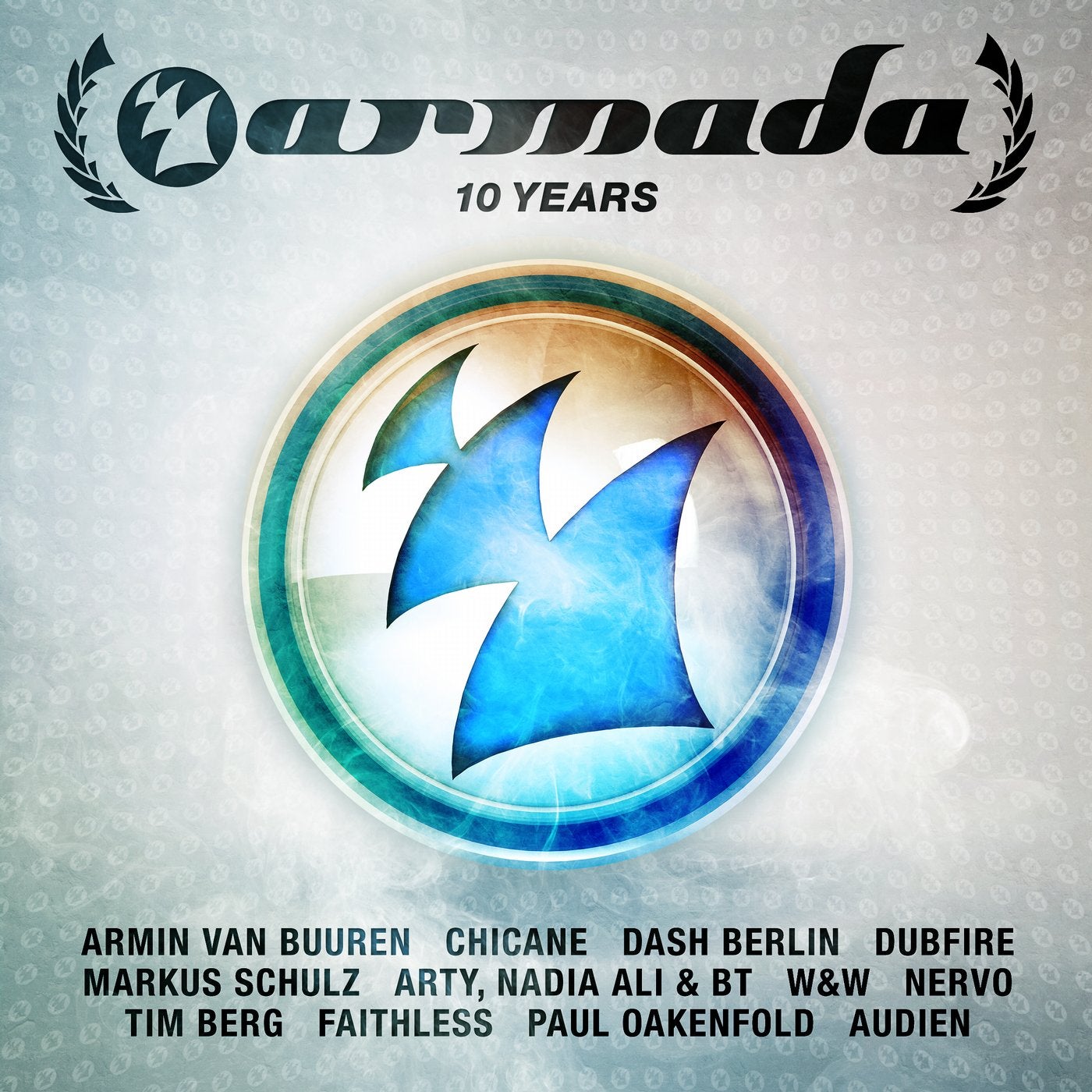 2013 is an important year for one of the leading labels in electronic dance music. Armada Music has reached its 10 year anniversary, looking back upon a decade of music. '10 Years Armada' celebrates that feat, offering a unique collection of Armada's musical highlights.

The story of Armada Music is one of music, passion and hard work. Growing from a boyhood dream into an award-winning company, the Amsterdam-based record label has a very bright silver lining on the horizon. For the fifth year in a row, it has won the International Dance Music Award for 'Best Global Record Label', a sign of Armada Music's on-going growth, investing in the future and representing a strong variety in styles.

In June 2003, Armada Music was founded by Armin van Buuren, Maykel Piron and David Lewis, as it kicked off with Motorcycle's 'As The Rush Comes'. A decade later it's featured on the anniversary album, along with many other big classics and must-haves, commemorating 10 years of stellar dance music.

Ageless classics and todays favourites, but above all: highlights of the beloved record label of Armada Music.