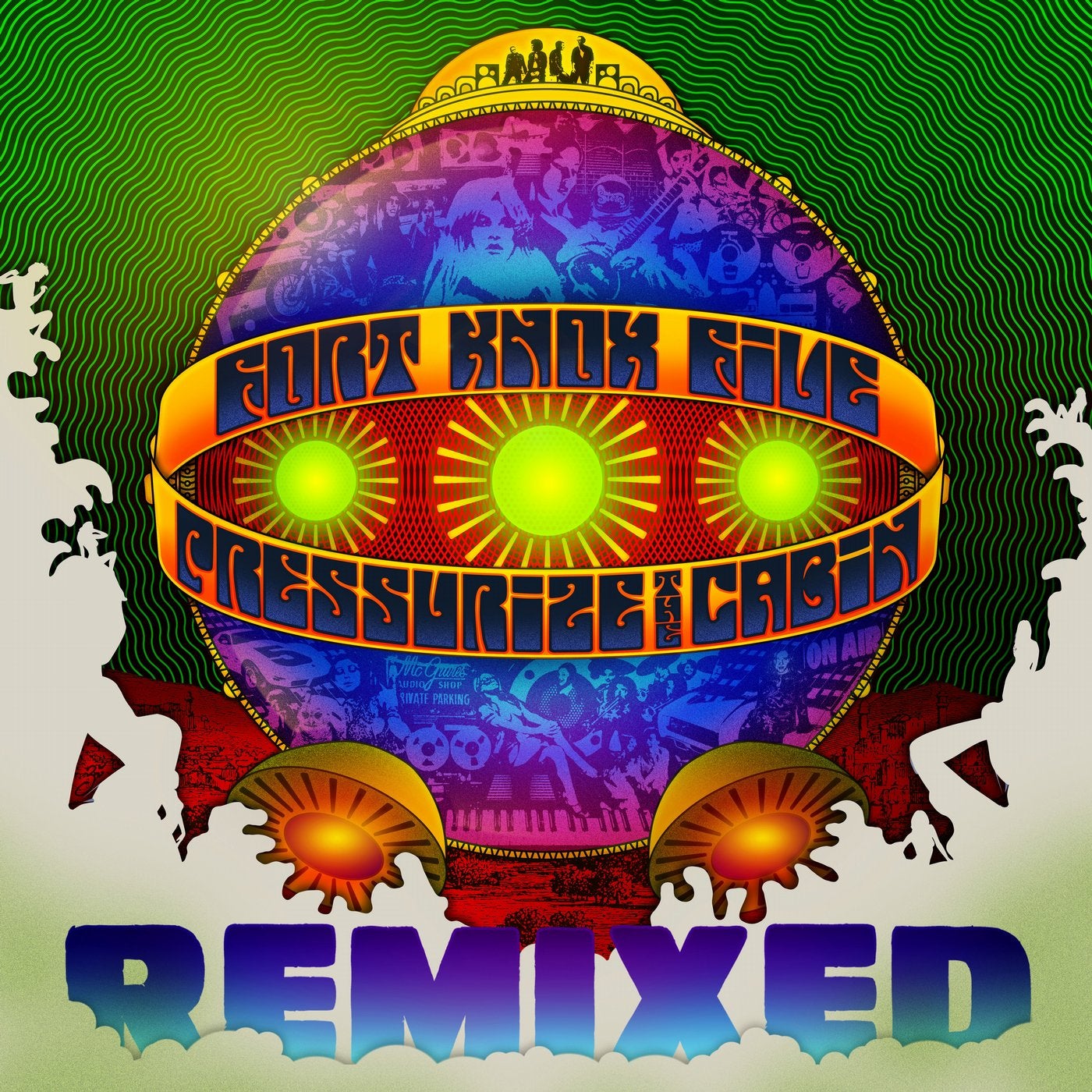 You only turn 100 once, so you better go big! To celebrate Fort Knox Recordings 100th release Fort Knox Five have compiled 20 of the biggest remixes from their latest full-length album Pressurize the Cabin. Ranging from Glitch Hop and House to Breaks, and reading like a whos who of funky electronic producers from across the globe, this release capitalizes on Fort Knox Fives legacy of dance floor Funk and is a fitting tribute to the loss of founding member Jon Horvath, now one year gone.

Spring 2015 saw the release of Fort Knox Fives Pressurize the Cabin, beloved by the fans and lauded by the press, with every song given the remix treatment and released as a single. Now for the very first time they come together as a collection. For the lthy-at-heart this release features some nasty glitch hop remixes by The Funk Hunters, Father Funk, Basement Freaks, Bobby C Sound TV, Sammy Senior, J*Labs and Warp9. The heavy bass and glitched-out tweaks dovetail perfectly with FK5s eclectic funk sound and original vocals. Big tunes meant to be played at full volume for maximum effect!

Years spent on the road rocking clubs and festivals from the DJ booth have given FK5 a unique perspective of some of the freshest dance oor directions. Included in this compilation are touches of indie dance, nu disco and house. Long time friends Slynk, All Good Funk Alliance and Farid re up some great Nu Disco remixes. And House music lovers will find corking gems by the likes of Ursula 1000, Smalltown DJs, SkiiTour, and DJ Dan & Mike Balance.Never afraid to push the boundaries and drop funky music from all genres, there are a few really cool remixes that require your attention. Both Deekline and Wes Smith deliver killer breaks remixes which are dance oor monsters. Bart & Baker have turned in an irresistible electro swing remix, the Knight Riderz supply a funky, mind altering trap excursion and true to form Fort Knox Fives alter-ego Thunderball have summoned some rolling, sitar-drenched drumnbass.

You can travel the world club-by-club and experience these tracks on the dance oor or you can get them all here for yourself! Fort Knox Five loves remix culture and have been thrilled to be able to drop these remixes in their DJ sets. Pressurize The Cabin Remixed has something for everyone from glitch-hop and house to breaks, nu-disco, drumnbass and electro-swing.